King Ibrahim Njoya, the Cameroonian king who had 600 wives and invented his own writing system 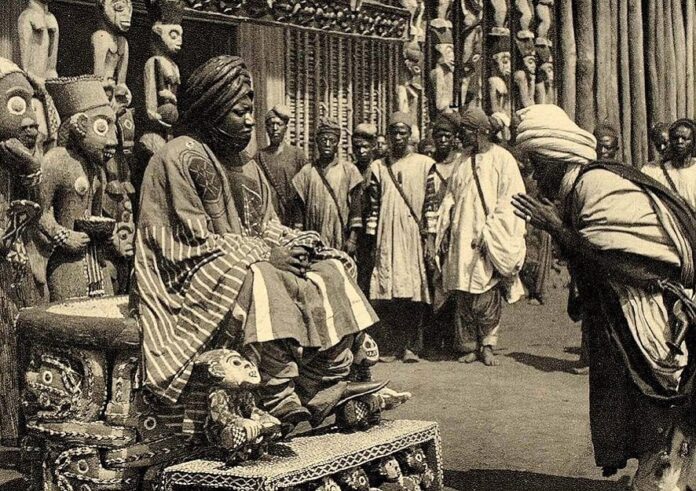 Born in 1867, King Ibrahim Njoya Mbouombouo of the Bamun land of Western Cameroon, had 600 wives and 177 children; and whenever he coughed or cleared his throat, everyone present was required to clap hands. According to Colonel Gorges of the British Army, who had met him in 1914, described him as a; “A fine upstanding man, not very negro in type, dressed in blue robes and wearing a turban with the end tied under his chin and over his mouth.” 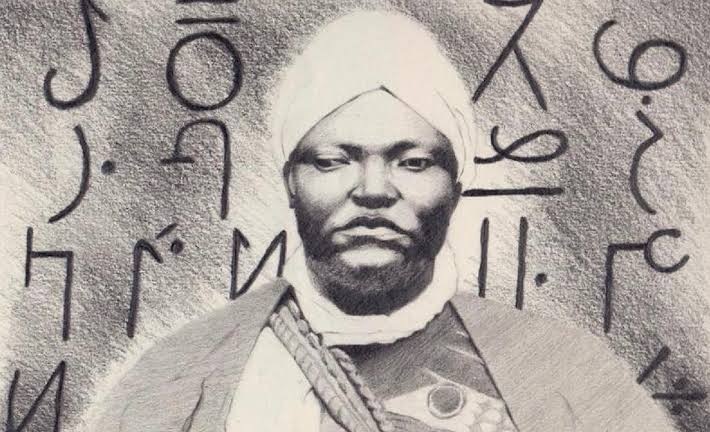 Ibrahim Njoya is credited with developing the Bamum script, a syllabic system for writing in the Bamum language. Before his reign, the long history of the Bamum people was preserved primarily through oral transmission from one generation to the next in the manner of the African Griot tradition, as it was of the majority of African traditions.

And so, out of fear that important historical facts of the Bamum people could be erased or corrupted or vanished; he developed the Bamum alphabet of 70 symbols and a writing system to preserve his kingdom’s oral history which the French later destroyed.

Also, to ensure the written language was widely adopted, established schools and directed that the Bamum language be used as a form of instruction along with the German language; and when his work was completed, his alphabet, called; A-ka-u-ku, contained 73 signs. Njoya is also credited with inventing a hand-powered mill for grinding corn, very intelligent king.

The woes of King Ibrahim Njoya

He was very friendly with the Germans and even modeled his military uniforms after those of the German military of then. But when the French took over the Cameroonian territory after World War I, everything changed.

After World War I, France took over German territories and subsequently took control of Cameroon.

The French who felt threatened by the achievements of King Njoya banned the use of his writing system; and maliciously destroyed his printing press, libraries, and several books he had written.

Fumban, the capital city of his kingdom was also raided by the French; but it is still present today with the current sultan; Ibrahim Mbombo Njoya, the grandson of King Njoya, playing a ceremonial role.