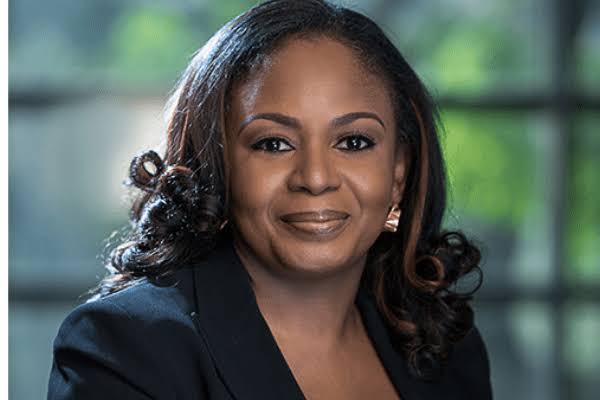 In a massive supportive women empowering women power move, Awele Elumelu; the wife of the founder of Tony Elumelu Foundation; through the foundation will be giving out grant of $5,000 non-returnable seed capital to 3,369 young women each. This information was disclosed by Awele’s husband, who is also the Chairman of Heirs Holdings, United Bank for Africa and Transcorp.

According to Tony Elumelu, who wrote on Instagram, Awele is a silent supporter of female entrepreneurs in Africa. He stated that the seed capital is part of the 2021 Tony Elumelu Foundation Entrepreneurship Programme. 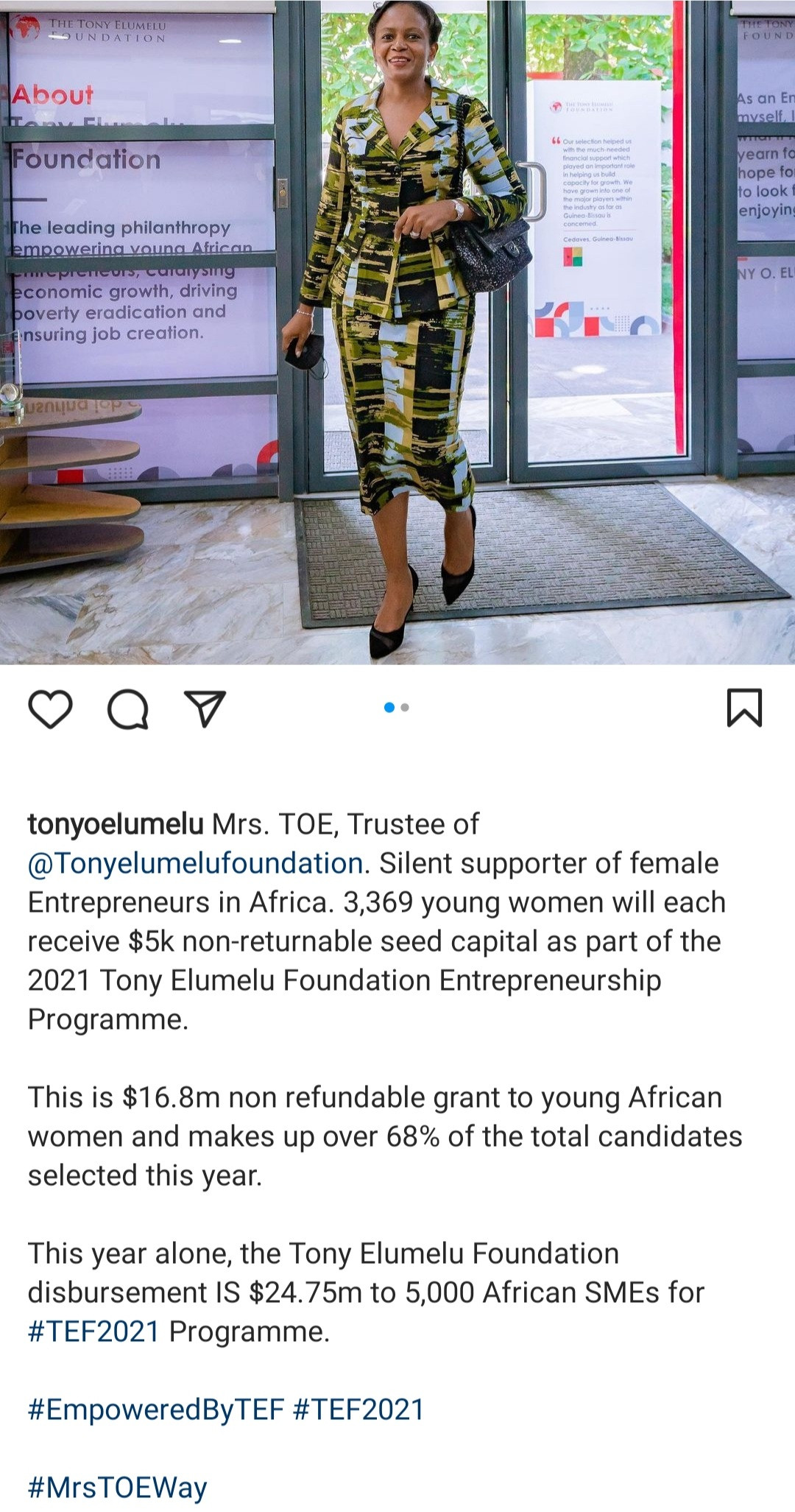 He also noted that the total grant that will be given is $16.8 million; which makes up 68 per cent of the candidates selected this year.

Elumelu stated that this year, the foundation disbursed $24.75 million to 5,000 African Small and Medium-sized Enterprises for its programme.

According to Businessday, Since its inception, The Tony Elumelu Foundation has been deliberate in its support for female entrepreneurs. TEF Alumni have gone on to directly create an additional 35,000 jobs for women; reiterating its position to create an ecosystem where everyone, regardless of their gender benefits from equal opportunity to scale and thrive.

In June 2021, the Foundation announced a $3million grant from Google.org to complement the 2021 TEF Entrepreneurship Programme. During this period, 500 additional rural-based aspiring women entrepreneurs received seed capital of $5,000.

These 500 aspiring African women entrepreneurs came from Kenya, Nigeria, South Africa and select Francophone countries. The objective is to increase economic inclusion, improve economies and further empower these rural-based women to lift them from poverty, strengthen their livelihoods and incomes, while creating more decent jobs in the African economy.

“There is no better time to invest in women’s economic participation on the continent than now. Through this support, women will drive growth for local economies and enable better living conditions for their communities. We are delighted to disburse the Google.org grant to scale our ongoing work to empower young African entrepreneurs as we believe this will be instrumental in building the much-needed businesses and resilient economies.”