King Sobhuza II: The Man Who Became a King at Four Months 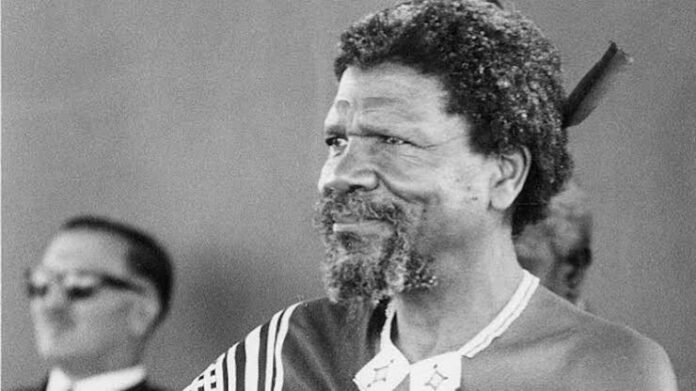 The Kingdom of eSwatini otherwise known as eSwatini, is a tiny nation in Southern Africa with little over one million people and is tucked between Mozambique and South Africa.

King Mswati III, who is 53 years old ascended the throne in 1986 at the age of 18. He is the current king in eSwatini and was crowned after the death of King Sobhuza.

Many Africans will be shocked to learn that there is a nation on the continent whose people still live under authoritarian rule, despite the ongoing push for inclusive governance.

The Southern African Development Community, the African Union, and the United Nations all recognize Eswatini as a fully fledged independent sovereign state. The Swazis lived there and were pleased to be ruled by customary institutions before the rush towards Africa in the 1880s.

eSwatini is nearly homogeneous, where there have never been any ethnic problems, in contrast to other African governments where several political groups were founded along ethnic lines and subsequently fought alongside one another against the common adversary.

King Sobhuza was persuaded to permit political parties to develop and run for office rather than seize total control of the nation.

Apartheid, which infuriated everyone, was the greatest evil. But when the country gained independence in 1968, King Sobhuza moved quickly to establish and maintain the monarchy by establishing “Tibiyo Taka Ngwane,” or “Tibiyo,” a Sovereign Wealth Fund, purportedly for the benefit of his people but actually for the maintenance and expansion of the monarchy.

The first king of Eswatini upon its independence was King Sobhuza II (formerly Swaziland). He was born on July 22, 1899, in Zombodze, a town in the Swaziland British protectorate. He was given the name Nkhotfotjni, and his parents were Inkhosikati Lomawa Ndwandwe and King Ngwane V.

The child was declared the heir to the throne on September 10. His father passed away at the age of 23 on December 8th, four months later, during the Incwala (First Fruits) ceremony. At the age of four months, he became Sobhuza II, the king.

His grandmother Labotsibeni served as a queen regent during his early years. The young monarch was educated at the Swazi National School. Later, he went to secondary school in South Africa at the Lovedale Institute.

On December 22, 1921, Sobhuza II became the Swazi’s constitutional monarch. Swaziland was one of the southern African high commission territories of the British Empire at the time. As the Swazi nation’s traditional leader during the colonial era, Sobhuza II largely served in a ceremonial capacity.

The British intended for Swaziland to have a parliamentary system and a constitutional monarchy in advance of Swaziland’s independence in the late 1960s. Sobhuza II disagreed with this notion. He established the Imbokodvo National Movement, a political party that gained all legislative seats in the 1967 pre-independence election, together with a number of his well-known supporters.

In the years that followed, Sobhuza II assembled and outfitted a private, covert army. With the aid of his personal militia, Sobhuza II dismissed parliament and abrogated the constitution on April 12, 1973. He now had total authority in Swaziland.

A new constitution reflecting indigenous Swazi culture was established in 1978. 40 local councils around the nation selected the members of an electoral college with 80 members (the Libandla). Traditionalists who are fervent monarchy advocates in Swaziland typically control the local governments. A traditional tribal advisory body known as the Supreme Council of State, or Liqoqo, was established in 1977 by Sobhuza II.

Sobhuza II also upheld his power by employing conventional social techniques. He strongly supported polygamy. He reportedly had up to 500 offspring and at least 70 spouses after marrying into well-known households.

Upon his passing, he had more than a thousand grandkids. The Dlamini, a member of Sobhuza II’s clan, make up approximately a quarter of Eswatini’s total population.

Under Sobhuza II, Swaziland was able to retain cordial ties with its more powerful neighbors, including Marxist Mozambique and apartheid-ruled South Africa. The country expanded iron and asbestos mining as it developed its natural resources.

During his rule, tourism also rose to prominence as a significant component of the economy. Swaziland has the world’s largest commercially produced artificial forest.
Of course, the monarch had dreamed of living forever.

But he passed away in 1982, or “transitioned” in African slang, after reigning for 82 years and 254 days, establishing the precedent for the longest period of power in history. a reign that was extraordinarily long and without precedent in the history of the modern world.

However, the 1982 passing of King Sobhuza created a perilous power vacuum. King Mswati III, the present monarch, was just 14 years old and enrolled in school in England.
Prior to being crowned, the successor was traditionally required to be at least 21 years old.

A group of political activists swiftly established the “People’s United Democratic Movement” in 1983 after sensing an opportunity for a power grab and instantly presented a list of demands intended to bring in a new democratic and inclusive rule.

The reactionary and royalist factions seeking to preserve the status quo were concerned by this. As a result, Prince Makhosetive’s coronation was hastened when he turned 18 to the detriment of his schooling, and he became King Mswati III in 1986.

In order to establish and solidify his rule, he can rely on both history and the money that King Sobhuza set up.

At the age of 83, King Sobhuza II passed away on August 21st, 1982. For 82 years and 254 days, he was in power. This is the monarchy’s longest known reign in recorded history. In 1986, Makhosetive, one of his sons, succeeded him as King Mswati III.