Lady Calls Off her Wedding Three Days Before, Due To Domestic Violence 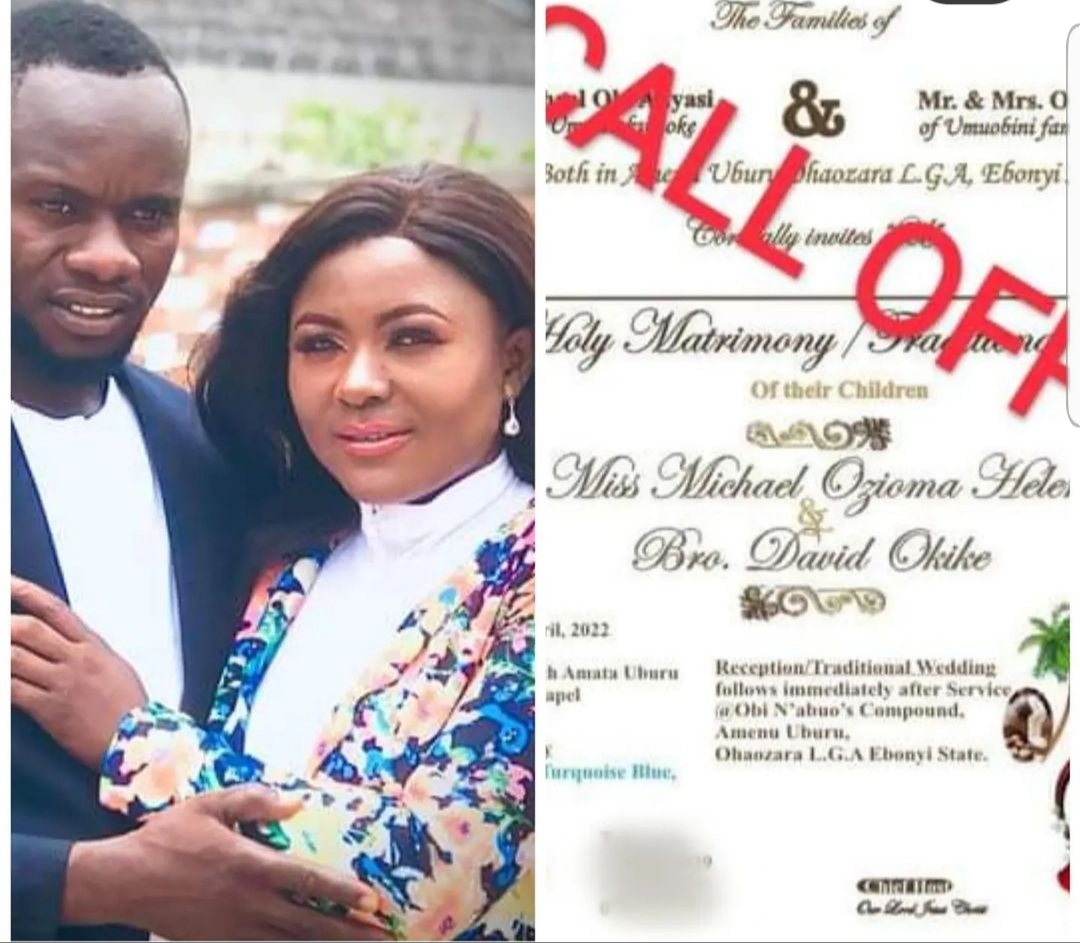 A lady called Ada Uburu has called off her wedding following domestic violence from her partner of one year, David.

Ada Uburu said, “I am calling off the wedding and traditional marriage (Igba Nkwu) between me and David Okike that is supposed to hold this Saturday, April 16, 2022.”

According to her, they were secondary school mates and he began to maltreat her after he had paid her bride price.

She is troubled because he beats her at the slightest provocation. She even gave an instance when her fiancé almost killed her; thanks to the timely intervention of family and neighbours.

She narrated her story on her Facebook page saying “Monday last week, just because of a little misunderstanding he beat me mercilessly and rushed into his mother’s kitchen for a cutlass. When I noticed he was going for a weapon, I locked the door which he forcefully opened. Both his mother and sisters and some neighbours were begging him not to cut me with the cutlass. With all these things and more I am fed up”

Ada also apologizes for her decision, she said “Please, my family and friends, I am so sorry for any inconveniences this may have caused you; Please, respect my choice. Thanks and God bless you all”

Also known as intimate partner violence, domestic abuse, dating violence, spousal abuse, and intimate partner abuse is any form of maltreatment that takes place in a heterosexual or homosexual romantic relationship between adults or adolescents.

This is something that destroys homes and brings up broken kids into society. Right now it is a major public health problem as it affects more than 2 million women and 800,000 men. It further results in homelessness; injury, or death of victims, billions of dollars in health care costs, and lost work productivity.

Domestic violence affects couples of all races, religions; social economic status, and sexual orientations and some of the risk factors for men or women becoming victims or abusers include poverty; lack of a high school education, witnessing family violence as a child; having a low sense of self-worth, and attitudes of male domination