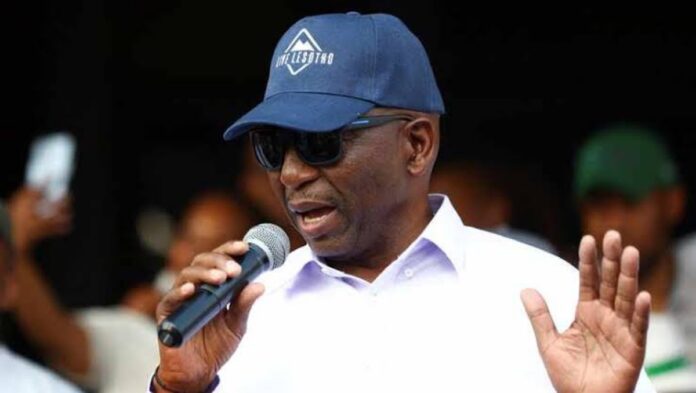 Millionaire, Sam Matekane through his Revolution for Prosperity (RFP) party, founded just six months ago, has been elected the new prime minister of Lesotho, and the Prime Minister-elect will be funding his inauguration ceremony himself.

The now thriving party said to be at the center of a political revolution in Lesotho, won 56 of 120 seats in parliament in the recent elections.

The billionaire businessman and politician will be sworn in as Lesotho’s next prime minister in a ceremony attended by leaders from across the continent at the Setsoto Stadium in Maseru on Friday.

South African President Cyril Ramaphosa will be among dozens of world leaders expected to attend the inauguration of Prime Minister-elect Matekane.

The Lesotho Times reported on Thursday that the prime minister will finance his own inauguration. It is unclear how high the actual costs of the event will be.

In 2021, the diamond magnate was named the richest citizen of Lesotho with a net worth of $10 billion in 2021.

Speaking to the media recently, Matekane said he has big ambitions for the country, including giving up a salary.

The populist Revolution for Prosperity (RFP), founded by Matekane, won the most seats but fell short of an overall majority in the South African kingdom’s 120-seat parliament.

Lesotho faces a number of social challenges ranging from corruption and nepotism, the challenges of climate change affecting food production and agriculture, to persistent political instability and increasing poverty.

The absence of suitable physical infrastructure, such as good road infrastructure and energy, is another complaint made by the business community in Lesotho.

In a recent interview with the Sunday Independent, Matekane hinted that he would put his salary back into projects that would benefit the local population.

The RFP says it firmly believes that the State is responsible for regulatory oversight of the free market system to ensure harmony between public and private interests.

The party says it believes the government has a responsibility to address economic and social issues such as education, health, food security, social security, poverty reduction and public infrastructure.

Last week, the party struck a coalition deal with two other opposition parties as the country seeks to emerge from years of political instability under the former All-Basotho Convention, which has been in power since 2017.

Lesotho is a constitutional monarchy with a population of 2.1 million people. According to the constitution, the king is the head of state, but does not actively participate in political activities.