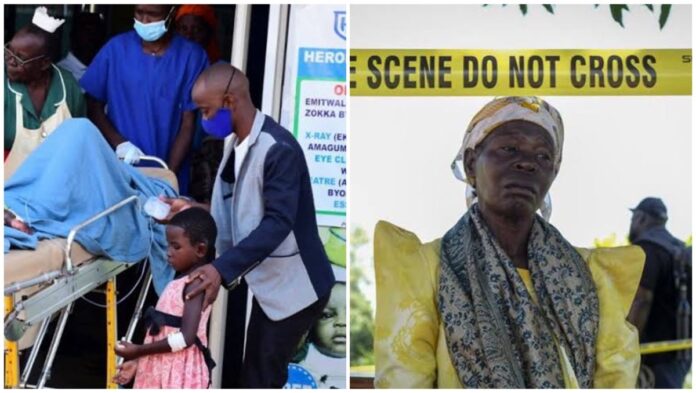 Officials said at least 11 people, most of them children, died in a fire that destroyed a dormitory at a school for the blind in eastern Uganda while students slept.

The disaster happened around 1 a.m. Tuesday (22:00 GMT Monday) at Salama school for the blind in Loja village in Mukono district, east of the capital Kampala.

“The cause of the fire is currently unknown but so far 11 deaths have been confirmed as a result of the fire, while six are in critical condition and have been taken [to hospital],” Ugandan Police said on Twitter.

Police added that an investigation has been launched and more details will be released at a later date.

“Most of the dead were school children and our condolences go to the parents,” Interior Minister General Kahinda Atafir told AFP. He said the school was closed as a “crime scene” and promised accountability.

“As a government, we will investigate the cause of the fire and if there are suspects, they will be arrested and the law will take its course,” he added.

Principal Francis Kirobi, who is also blind, told AFP that the dormitory was engulfed in flames while the students slept.

Images from Ugandan television showed a charred but mostly intact building with black windows and doors and a damaged corrugated iron roof.

Forensic teams were spotted wearing white protective gear at the school while grieving parents gathered nearby.