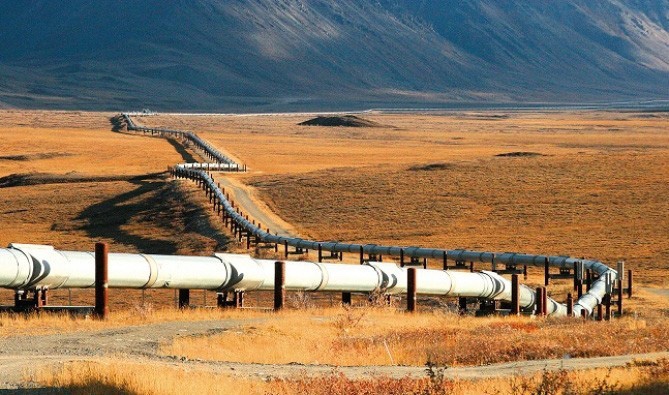 In what is an exciting revelation by Tolu Ogunlesi, a media aid at the Nigerian Presidency, it was made known to the public that the Nigerian government and Morocco are in fact in the process of building the world’s longest offshore gas pipeline. According to information from Ogunlesi, both African nations are about to embark on a groundbreaking project that would serve both their economies tremendously.

The offshore pipeline will be structured and fitted to move gas from Nigeria to Morocco, and occasionally to parts of Europe. The project would seemingly serve at least 11 West African countries, as it would be passing through them. According to Ogunlesi, the agreement for this project was signed and discussed first in 2018 during President Buhari’s visit to Morrocco.

Ogunlesi, who brought the news to light also revealed that the project would over 7,000km long gas pipeline that will link Nigeria with Morocco, across 11 West African countries, and extend to Europe. At such incredible length, the pipeline would serve as the longest offshore pipeline in the world and the second-longest pipeline overall.”

In response to Tolu Ogunlesi’s statement, the Nigerian Minister of State for Petroleum, Timipre Sylvia confirmed all that was said by the presidential media aid. She revealed that the project would serve as a part of the West African Gas Pipeline Project which is already in progress.

In a statement confirming Ogunlese’s report, the minister said that “The Nigeria-Morocco gas pipeline is a continuation of the West African Gas Pipeline project, which has already reached Ghana.” The project has already been set in motion, as stated by the minister. “It is already operational, connecting Nigeria to the Benin Republic, Togo, and Ghana. We want to continue that same pipeline all the way to Morocco down the coast,” she added.

Sylvia continued by stating that the project is still at a considerably young stage. Adding that both governments are still “at the level of studies and securing the funding for this project and a lot of people are indicating interest.” The minister added those who would seemingly be involved in the project as she made reference to “the Russians,” who she claimed she had a meeting with recently. “The Russians were with me in the office last week,” she said, revealing just how interested they have become in the project.

Since the project’s announcement, it has elicited a variety of responses. While some of the monitored comments focused on the facility’s growth potential, others raised concerns about the project’s funding to assure its relative usefulness to the continent.

Read also; Ugandan Government Disallows Use of Cryptocurrency In Uganda