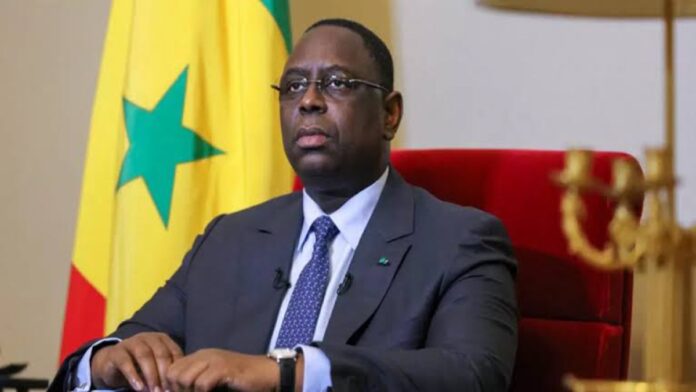 President Macky Sall has ordered an examination of Senegal’s neonatal services on Friday, following the deaths of 11 infants in a hospital fire.

The unfortunate incident which triggered outrage about the country’s health system is now being tagged by many to be a display of “irresponsibility by concerned officials.”

The hospital fire that happened in a newborn ward in Tivaouane, weeks after the terrible loss of a pregnant woman, has brought attention to defects and financial issues, prompting calls for senior-level sanctions.

In response to the incident, Senegalese president, Macky Sall sacked his health minister, Abdoulaye Diouf Sarr, on Thursday, and replaced him with Marie Khemesse Ngom Ndiaye, the former director-general of the public health authority.

However, for many Senegalese, this is insufficient. They have demanded more action in order to ensure that the fire on Wednesday will be the last of its kind.

A visibly distraught Sall claimed that the health system was outmoded and ordered a statewide examination of newborn services after cutting short a trip abroad and visiting the Tivaouane hospital room where the babies died.

A “modernization effort” would look at what was not working so that hospitals would no longer be “a space of despair or tragedy,” he added, vowing: “Never again.”

Later that evening, Sall explained that he will meet with the families of the dead babies.

Recall that four neonates died in a hospital fire in the northern town of Linguere in April 2021. The mayor put it down to a power outage and a need for more attention to be paid to the cities of hospital wards across the country.

Also, last month, a heavily pregnant woman died in anguish after her request for a cesarean section at a public hospital in Louga, in the northwest, was denied.

As the country was rocked by popular fury, three midwives were sentenced to six months of suspended incarceration.

Although the cause of the fire at the Mame Abdou Aziz Sy Dabakh public hospital in Tivaouane is still unknown. However, according to reports curated by Sarr and Mayor Demba Diop, the fire was sparked by a short circuit.

Serigne Cheikh Tidiane Sy Al Amine, a local religious leader, said the hospital had been plagued by “donations of outmoded equipment and broken pledges to create a new hospital” for 15 years.

Sadly, Senegal’s private health care is expensive, thus many people of Tivaouane and its environs must pick between the government-owned hospital and traditional medicine.

Although the president has shown his commitment to the development of the health system when a new neonatal ward was dedicated last year.

Nonetheless, several calls for punishment can be seen on social media, with many people posting “Never again” to the hospital fire situation.

“We have qualified doctors, but if we don’t provide the conditions for them to practice, it’s pointless to dismiss a minister and replace him with another who would have the same challenges,” Nina Penda Faye, a spokeswoman for the Patients in Danger campaign, said.

Three days of national mourning have been declared by President Sall, and festivities such as the Dakar Biennial of Contemporary Art have been halted.

The judicial unit in charge of the probe stated it will be very strict in its pursuit of those involved. Senegal, a nation usually regarded as a stable democracy in a volatile region, is said to have better healthcare than many other African nations.

However, there is a huge difference in service quality between large cities, smaller towns, and rural locations. Despite recent improvements, the health ministry’s 2019-2028 strategy acknowledged flaws.

It drew attention to a dearth of staff and equipment at health centers, which serve as a bridge between rural health clinics and urban hospitals.

On Friday at Tivaouane hospital, many patients expressed despair mixed with frustration. “What occurred is very difficult,” Mbene Souare, a woman in her 40s who had gone for treatment from the nearby town of Pire, said. She admitted that, given the tragedy, the hospital would not have been her first choice, but that she had no other choice. “We pray to God that this will not happen again,” she said.