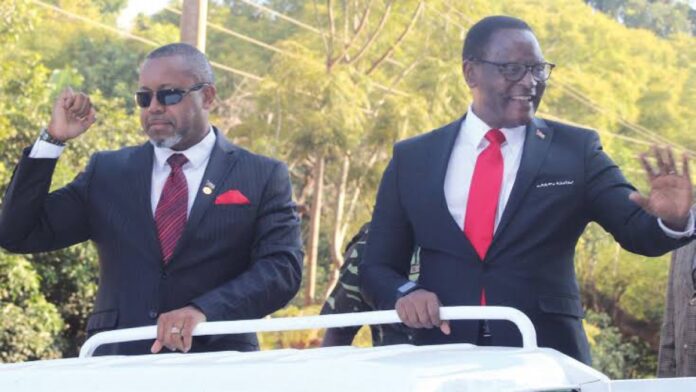 Malawian President, Lazarus Chakwera has relieved the country’s Vice President, Saulos Chilima of his authority after a $150 million scandal.

The president took the critical action to strip his Vice President of his powers on Tuesday as Chilima’s name continues to surface in corruption allegations.

In his attempt to restore order within Malawi, especially in its finances, the president fired the country’s Inspector General of Police, George Kainja. He also suspended State House Chief of Staff, Prince Kapondamgaga, and Chairperson for the Public Procurement and Disposal of Assets Authority, John Suzi Banda.

“The best I can do for now… is to withhold from his office any delegated duties while waiting for the bureau to substantiate its allegations against him,” said Chakwera when asked about his decision.

According to reports, 53 current and former public officials received money from British-Malawian businessman Zuneth Sattar between March and October 2021.

The report was published by Malawi’s Anti-Corruption Bureau (ACB), which explained that the politicians and officials involved are being accused of “procurement fraud,” an allegation that is taken very seriously by the President, who has since taken strict actions against those involved.

Those suspected of being involved, including the nation’s Vice President, are all suspected of corruption, fraud, and money laundering, which are being looked into in Malawi and Britain by both Country’s agencies.

Since Chilima is an elected official, President Chakwera is not permitted to suspend or dismiss him under Malawi’s constitution. However, prompt action in terms of relieving him of his authority could be taken.

Though, there was no immediate response from Chilima, who partnered with Chakwera to win the 2020 presidential election on an anti-corruption platform, news agencies continue to attempt to get a response to the incident and allegations from the nation’s Vice president.