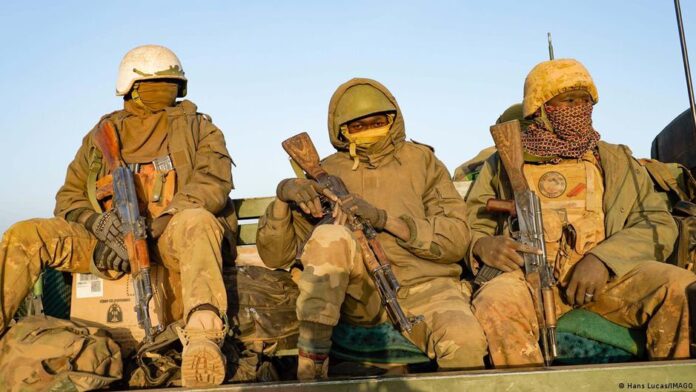 Mali begins a three-day mourning period after the unfortunate deaths of 132 people at the Country’s Central.

In mourning those who lost their lives in the senseless attack, national flags were seen at half-mast all over the country in what marks the start of a three-day mourning period decreed by the Malian government.

According to reports, about 132 people lost their lives to the attack, which was said to have been carried out by Jihadi rebels of the Katiba group in villages in the Bankass area on Saturday and Sunday.

Unfortunately, the deaths of citizens due to the attack have since brought the conversation of an absence of the rule of law within affected regions of the country. Witnesses who migrated from these regions to the capital have claimed that there appears to be an absence of any form of justice.

“We live without law. It’s every man for himself, it is the law of the strongest. The population sees what is happening, but they can’t do anything about it,” said Amadou Kassambala.

Like Kassambala, several other left their hometown, many of which are located in the affected regions and made their way to the capital in search of a better life.

Sadly, the continuous attack on these regions, especially as those affected are helpless to the violence, further shows the spread of Islamic extremists and their violent crimes from Mali’s north to more central areas like Bankass.

The route connecting Mopti and the northern city of Gao has been blocked for numerous weeks by these Islamist rebels in central Mali.

Interestingly, the regions they attacked over the past weekend include those that signed local peace accords with numerous armed groups deemed terrorists, such as Macina Katiba.

According to Dakono, the director of the Citizen’s Observatory on Governance and Security, though these accords were not universally embraced, they have helped to maintain some measure of peace in the area.

“The resurgence of tension is perhaps linked to the expiration today of these local agreements, but also can be linked to the intensification of military operations by the defense forces that may be putting an end to the dialogue process that had been initiated by the Malian authorities since 2019,” he said.