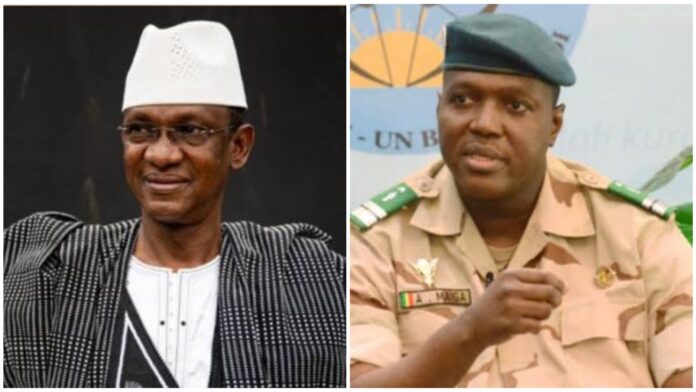 Mali’s military government has appointed a colonel, Abdoulaye Maiga, as an interim replacement for the country’s hospitalized civilian prime minister.

Maiga is also a government spokesperson and minister of Territorial Administration and Decentralization.

His appointment was announced late Sunday in a decree read on state television.

He is temporarily replacing a veteran civilian politician, Choguel Kokalla Maiga, 64, who was named prime minister after soldiers seized power in August 2020 and carried out a second coup in May 2021.

ECOWAS, West Africa’s main political and economic bloc, urged Mali to honor its pledge to hold presidential and parliamentary elections in August 2020 following a military coup. The new leadership has promised to organize democratic elections in 2024.

The sickly Maiga, who bears the same name as his interim successor, was a minister on several occasions in previous administrations.

He was a founding member of the June 5th Movement – a coalition that launched a wave of protests against Malian President-elect Ibrahim Boubacar Keita ahead of his ouster in 2020.

In recent months, Maiga has been criticized by many of his former allies for following the military line.

Replacing him with a colonel means that Mali’s two top government posts are currently in the hands of the military.

Coup leader Colonel Assimi Goita appointed himself interim president after the coup in May 2021.