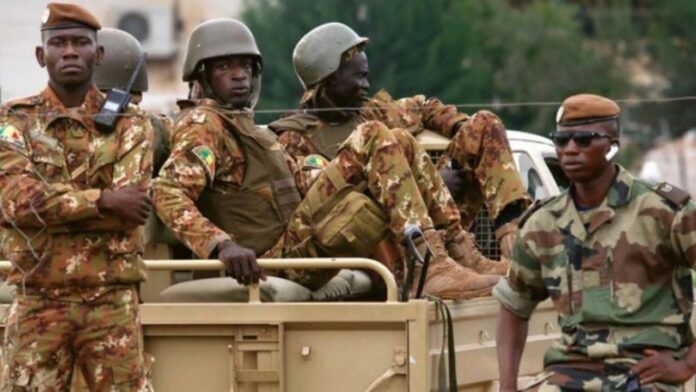 Mali’s military leadership has announced the arrest of three terrorists of European origin; during an anti-jihadist operation in the central part of the country.

The Malian General staff revealed in a statement; that the “military detachment from Diabaly carried out the arrest on April 10, 2022; of five suspects including three European nationals”

This arrest is followed by a series of activities of terrorism in the country; spilling to neighboring countries which the Assimi Gotta regime has been grappling to deal with since the coup.

The statement did not identify the suspects, who were arrested in Diabaly, about 300 kilometers (185 miles) northwest of Bamako

Also, it was not indicated if the deployment which led to the arrest included members of Russia’s Wagner group which the Malian government has contracted to help fight jihadists.

However, the European Union illustrated the presence of the Wagner in Mali; as one of the reasons for withdrawing troops from the country to neighboring Sahel nations.

The spread of jihadists from the north has spilled into neighboring Burkina Faso and Niger.