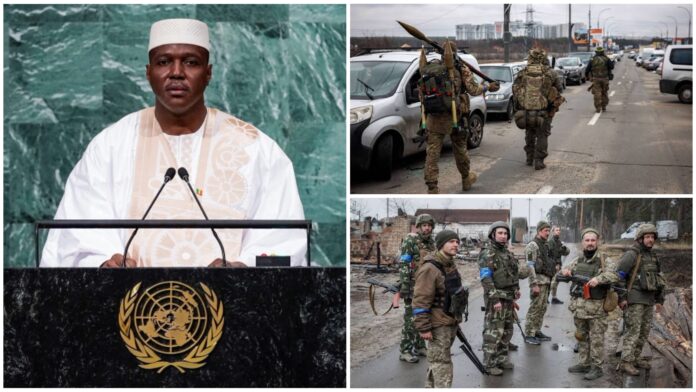 Mali’s military-appointed prime minister lashed out at France and the United Nations in a speech laden with complaints about his country’s deteriorating security situation, while praising “exemplary” cooperation with Russia.

At the 77th session of the UN General Assembly on Saturday, Abdoulaye Maiga, criticized what he called France’s “unilateral decision” to transfer its remaining troops to neighboring Niger amid deteriorating relations with the mastermind of Mali’s two-time coup, Assimi Goita.

While it was Goita and his allies who used military force to overthrow a democratically elected president two years ago, Mali’s prime minister repeatedly referred to a “French junta” during his 30-minute speech.

“Step away from the colonial past and listen to the anger, frustration, resentment coming from African cities and rural areas and understand that this movement is unstoppable,” said Maiga, who became prime minister last month.

“His intimidation and subversive actions only swelled the ranks of Africans concerned about their dignity,” he added.

The Prime Minister of Mali also gave a dismal assessment of the UN peacekeeping mission MINUSMA, openly praising the “exemplary and fruitful cooperation between Mali and Russia” and the influence of Wagner Group mercenaries.

“We have to recognize that almost 10 years after its creation, the goals for which MINUSMA was deployed in Mali have not been achieved,” said Maiga. “This despite numerous Security Council resolutions.”

France intervened militarily in Mali in 2013, spearheading efforts to remove armed groups from control of the northern Malian cities they had taken. For the past nine years, Paris has maintained its presence to stabilize the country amid repeated attacks by armed groups.

The French withdrawal in August raised new concerns about whether these fighters will retake their territory now that responsibility for security rests with the Malian armed forces and UN peacekeepers.

The Wagner Group, a Russian network that hires fighters, has been authorized to operate in Mali, despite the UN gathering evidence pointing to its involvement in mass summary executions, arbitrary arrests, torture and enforced disappearances in the Central African Republic.