My Expiration Date Is Near, I’m Coming Close To My Death’ – Mike Tyson Sadly Reveals 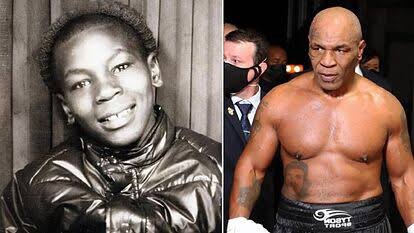 Boxing legend Mike Tyson has revealed that he believes he is nearing death, as the once boxing sensation claimed that his expiry date is close.

The 56-year-old former heavyweight boxing champion interviewed trauma and addiction therapist Sean McFarland on his Hotboxin’ podcast with Mike Tyson and told him he believes his “expiry date” is near.

“Of course we’re all going to die one day,” Tyson said. “So when I look in the mirror, I see these little blemishes on my face, and I’m like, ‘Wow. That means my expiration date is really close.”

Tyson then said he doesn’t believe money brings the happiness and security that many associate with it.

“Money means nothing to me,” Tyson said.

“I always tell people who think money makes them happy, they’ve never had money, if you have a lot of money you can’t expect someone to love you. How am I supposed to confess my love to you, when? Do you have $500 billion?

“The false sense of security. You believe that nothing can happen.

“They don’t think banks can collapse.

“You think you’re invincible when you have a lot of money, which is not true. That’s why I always say that money is a false sense of security.”

Tyson, who was a member of several street gangs from an early age, was sent to a juvie in upstate New York in 1978.

At juvie, social worker and boxing fan Bobby Stewart saw his boxing potential and introduced him to renowned trainer Cus D’Amato, who became his legal guardian. Tyson posted a 24-3 record as an amateur and turned pro in 1985.