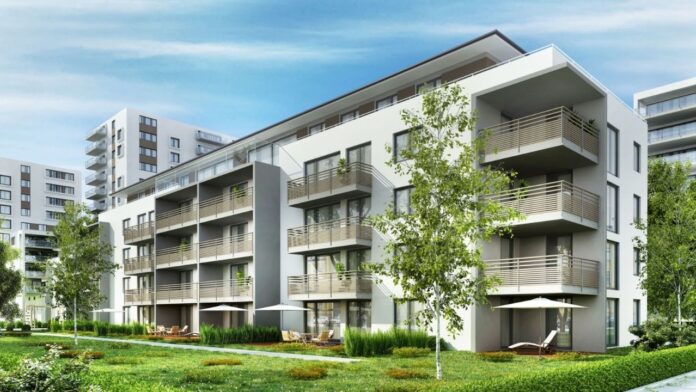 Africa is a beautiful continent with lots of amazing cities and captivating residential areas. We’ve tried to cover as many beautiful residential areas in Africa as we can in this article. Pictures don’t even do justice, as they look better in reality than in pictures.

So, here are the ten most beautiful residential areas in Africa that you should visit. I bet you’d be wowed.

The Lagos Banana island is an artificial island on the Foreshore of Lagos State in Nigeria. Its name comes from its curvy architectural design. The Island is situated in Eti-Osa Local government area, in the lagoon from where Lagos state derived its name and connected to the Ikoyi Island by a dedicated road.

It consists of recreational facilities, residential homes, hotels, and commercial buildings. Its beauty comes with a price as it is the most extravagant and expensive neighborhood in the whole of Nigeria. Forbes Magazine once described the Island as ” a place of unrivaled opulence and grandeur”.

Lavington is an Opulent Residential area located in the Northwest of the city of Nairobi in Kenya. Kenya is a country in East Africa with a coastline on the Indian Ocean. It is blessed with Savannahs, Lakelands, and Mountain Highlands.

Lavington is a Suburban Neighborhood where upscale apartments are found. Foreign embassies are also found in this part of the city’s capital. It’s home to the landmark educational institutions in the country.

Another one of the most beautiful residential areas in Africa is Gigiri in Kenya. Unlike Lavington, this affluent neighborhood is made up of single-family houses and is one of the largest ex-pat communities in Africa.

The reclining village shopping center features hotels, and entertainment facilities. Gigiri is famous for its unique location making it the heart of Nairobi’s Diplomatic and International communities.

This list of beautiful residential areas in Africa is incomplete without mentioning Sandhurst Residential area in Sandton, Johannesburg South Africa. It is the wealthiest suburb in the country and is a very safe and beautiful place to stay.

Another beautiful residential area on the continent is Camps Bay, Capetown South Africa. It is known for the white sands, natural rock swimming pool, and the view of the twelve apostles mountain. Apart from being a haven for visitors, camps bay is very much a village with modern villas, apartments buildings and very beautiful family homes.

Ghana is a beautiful country that spans the Gulf of Guinea and the Atlantic ocean in its south and shares borders with Ivory Coast, Burkina Faso, and Togo.

It has one of the most amazing residential areas on the continent and that is the Trasacco Valley. The Trasacco valley offers a calm environment with lush green trees and astonishing houses.

The Angolan people are known to be very hospitable, kind, and fun-loving people. So most of the neighborhoods are very beautiful. However, there is one that stands out – the Miramar Neighborhood.

The Miramar neighborhood is one of the few neighborhoods in Luanda that has high-end buildings with incredible views of the sea. Since colonial times, it has been regarded as a prestigious place to live.

The city of Dar es salaam is a living example of the saying that goes “Wherever there is Peace, there is progress”. This abode of peace in Tanzania is always alive with people from all over the world.

Dar es Salaam, the largest city in East Africa houses the Oyster Bay Residential Area. The Oyster bay can be described as a “mini-paradise” known for its glamorous beach where elites including ministers, permanent secretaries, directors, commissioners, and even ministers have their homes.

Not to mention the fact that Europeans have resided here since Colonial times till date. You can also find them working for Developmental Aid Organisations in the country.

Located in the capital of the giant of Africa, the Maitama area is the most beautiful district in Abuja. It is also one of the Luxurious and most beautiful places to stay. Maitama is an upscale area of grand embassy buildings and chic hotels. This residential area is highly developed and is one of the most sought-after neighborhoods in Nigeria.

Wrapping up this list of beautiful residential areas is the Marrakesh area in Morocco. This area is the largest imperial kingdom of Morocco and is a major economic center. It is home to lots of palaces, mosques, and gardens. The Marakesh city’s symbol is the Moorish minaret of the 12th century Koutoubia mosque. Due to its beauty, the Marrakesh area is the most visited place in Morocco.

And that is it for our list of the most beautiful residential areas in Africa. Be sure to stick around to see more about Africa.