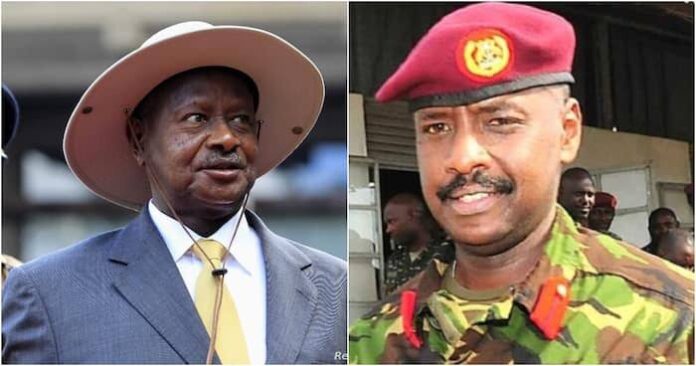 Ugandan President Yoweri Museveni apologized on Wednesday for a scathing social media rant by his son, which included a threat of invasion of Kenya and comments about the country’s recent elections.

The Twitter rant earlier this week by Museveni’s 48-year-old son, General Muhoozi Kainerugaba, caused scandal in Kenya and furious calls for a formal statement from Uganda.

“I ask our Kenyan brothers and sisters to forgive us,” said Museveni, who has ruled Uganda continuously since 1986 and has the support of party leaders to run again in the 2026 election.

Museveni said he forwarded the comments to William Ruto, who was sworn in as Kenya’s president last month.

Uganda’s Defense Ministry announced on Tuesday that Muhoozi Kainerugaba will be replaced by another military officer as head of the country’s ground forces, hours after his tweet caused an uproar in Kenya.

According to a ministry statement, Lieutenant General Kayanja Muhanga was “appointed commander of the ground forces”, replacing Kainerugaba.

The ministry also announced that President Museveni had promoted his 48-year-old son to the rank of general, a move seen as a strategic move by analysts consulted by AFP.

“It wouldn’t take two weeks for me and my army to capture Nairobi,” he said in the tweet on Monday night, before making a split-second turnaround.

“I will never defeat the Kenyan army because my father told me never to try! Therefore, our people in Kenya must relax!”

The outcry on social media prompted Uganda’s Ministry of Foreign Affairs to issue a statement expressing its “commitment to good neighborly (and) peaceful coexistence” with Kenya.

Lieutenant General Muhoozi Kainerugaba, nicknamed “the tweeting general” of Uganda, has in recent months provoked the anger of some Ugandans who see his regular Twitter posts as provocative and sometimes even dangerous.