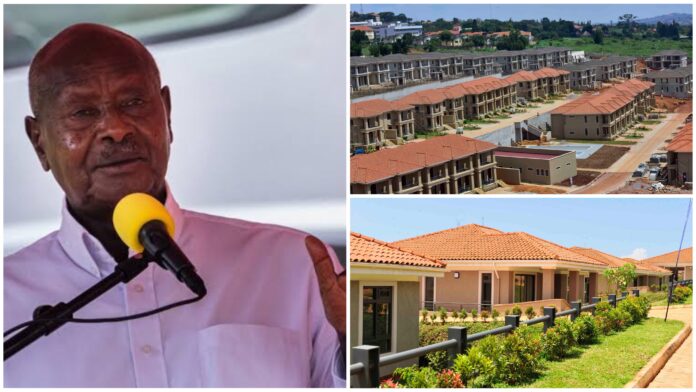 The Ugandan President took the opportunity to appeal to all Ugandans to understand the importance of common and collective “capital Raising,” which he believes to be the only way society can finance and carry out great projects.

The president said that Ugandans must develop the culture of growing community capital and be able to undertake great ventures. He gave examples, while giving credit to the initiative of the collective savings of Ugandan workers and the National Social Insurance Fund used to carry out major projects across the country.

“Collective saving is important, so capitalists developed their countries by issuing shares and raising capital to make large investments and ventures that they could not do individually,” the president said.

President Museveni further said that due to the need to raise collective capital in the country, the National Resistance Movement government has always promoted and will continue to promote the national formation of Savings and Handmaids Societies (SACCOS) to enable Ugandans to collectively raise capital and make potentially significant amounts together.

The President expressed his wishes for this proposed plan to be carried out without stress and the need to go to banks or get expensive loans.

Museveni commended the board and management of the National Social Security Fund for investing wisely and helping to resolve the country’s housing crisis.

He said the government will review the reported VAT charged on non-commercial housing and find a way to improve the availability of mortgages for Ugandans.