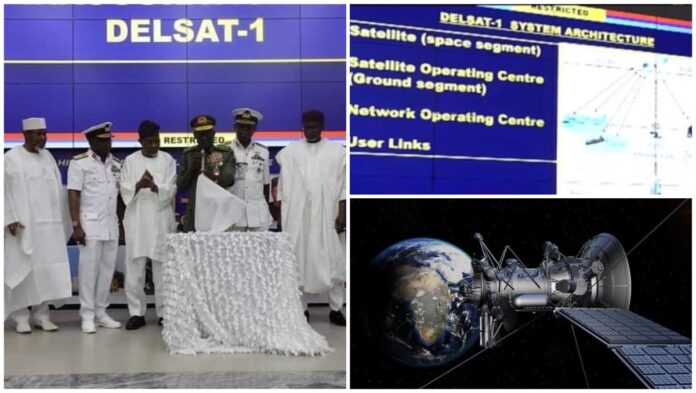 The Federal Government of Nigeria inaugurated an integrated satellite called DELSAT-1 to enhance the operational capability of the Nigerian Armed Forces against insecurity.

This will help implement the country’s sectoral strategies that respond to specific threats to Nigeria’s national interests, such as the National Defense Policy, the National Counter-Terrorism Strategy and the National Public Security Policy.

In addition, the satellite project will facilitate job creation and expand the country’s digital economy.

Security is an integral part of any form of development in today’s world. Therefore, states attach great importance to the survival of their state and its citizens.

Furthermore, the state is able to respond to security threats because security is tied to the physical protection of the state.

In 2000, the Grand National Security Strategy defined national security as the epitome of the security interests of all individuals, communities, ethnic groups, political entities and institutions within the territory of Nigeria.

There is a constitutional provision that obliges the Armed Forces of the Federal Republic of Nigeria to defend the country from foreign attacks in order to maintain its territorial integrity and protect its borders from land, sea and air violations.

DELSAT-1 capabilities include: Geospatial Intelligence, Enemy Monitoring and Tracking, Terrain Mapping and Analysis, Vulnerability Assessment, Research and Resources, Maritime Infrastructure Monitoring, all of which will facilitate the alleviation of threats, fear and danger to mariners. Nigerians.