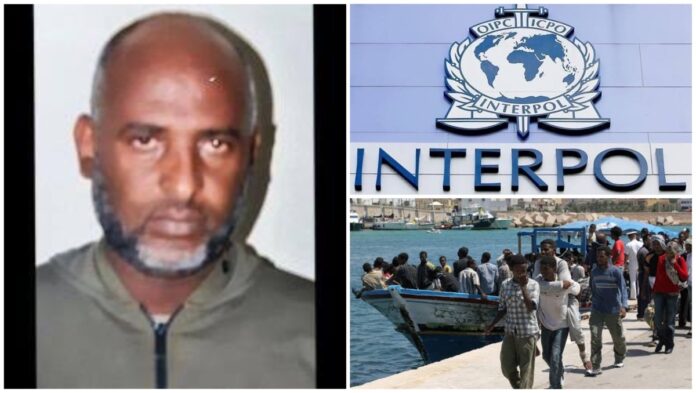 Interpol, in coordination with UAE authorities, announced the arrest of an Eritrean refugee accused of being “the world’s most wanted human smuggler” in Sudan.

Kidane Zakarias Habtemariam has been accused of being a smuggling leader who runs a camp in Libya where hundreds of East African migrants trying to reach Europe have been kidnapped, raped and blackmailed.

A major character on Interpol’s radar since 2019, the Eritrean has gained a reputation for “particularly harsh and violent treatment of migrants”, according to Interpol.

“We have now closed one of the main smuggling routes to Europe, which was illegally transporting thousands of migrants from Eritrea, Ethiopia, Somalia and Sudan through Libya to Europe,” Saeed Abdullah Al Suwaidi, an official at the UAE interior ministry said in a statement.

Habtemariam’s arrest follows a joint investigation by the UAE and Interpol that began last year to track her brother’s illegal financial dealings, according to Al-Suwaidi.

Al-Suwaidi added that the Eritrean is on trial in the UAE for money laundering and authorities are considering the possibility of extradition after the closure of the case in the UAE.

Habtemariam was arrested in Ethiopia in 2020 but escaped custody after a year and was later sentenced to life imprisonment in absentia.

He operated warehouses in the Libyan town of Bani Walid, among others, and was known for extorting and torturing victims.

Habtemariam had worked with another notorious human smuggler, Tewelde Goitom, who was known for the number of female captives he allegedly raped, according to victims Al Jazeera spoke to earlier.