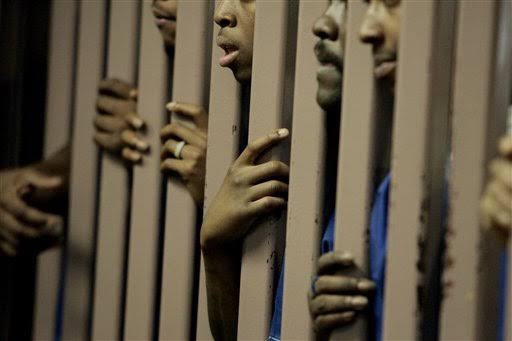 Nigeria and the United Kingdom signed a deal on Thursday that will see the UK step up deportations of people deemed “dangerous criminals” as part of the UK’s new immigration plan.

“Our historic new agreement with Nigeria will increase the deportations of dangerous foreign criminals to make our streets and our country safer,” Patel said in a tweet on Thursday.

The deal was signed on the same day that 13 Nigerians were deported from the UK for various violations. Eight of the deportees were convicted felons, while the remaining five had entered the UK illegally. The Daily Mail reported that 8 Ghanaians were also deported on the same day.

“The agreement will mean that operational teams from both countries will share expertise to take up the fight against criminal human traffickers responsible for a broader spectrum of crimes, who put profit before people while undermining the security of our two countries,” she said.

“This historic agreement will increase the deportations of dangerous foreign criminals to keep our streets and our country safer.”

The UK government has tried to crack down on illegal immigration, and last month, its Parliament passed controversial reforms introducing maximum life sentences for human traffickers.

The Citizenship and Borders Act also imposes tougher prison sentences on anyone who enters the country illegally, raising fears that it could be used against asylum seekers and refugees.

In April, Prime Minister Boris Johnson announced that Britain would send migrants and asylum seekers crossing the English Channel thousands of miles away to Rwanda under a controversial new deal.

“From today, anyone who enters Britain illegally, as well as those who have arrived illegally since 1 January, can be relocated to Rwanda,” Prime Minister Boris Johnson said in a speech near Dover, in the south east of England on 14 April.