Tella Jolade, The Nigerian Genius Known as a Human Calculator 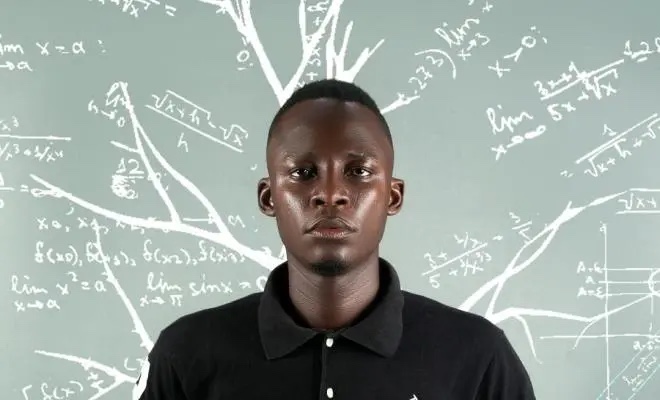 Tella Jolade is a Nigerian “human calculator” with an amazing ability to divide, add, subtract, multiply any number, however large, and even take square and cube roots without a calculator.

Tella graduated from the department of Geography and Planning at the Lagos State University (LASU), Ojo, Lagos, Nigeria. While at the institution, the genius dazzled many with his incredible ability to calculate and get correct answers without the use of a scientific calculator.

The young man’s dexterity at calculating numbers became so pronounced that he is now called a “human calculator”.

When asked how this amazing talent got started, Tella stated; “I realized very early on that I could play with numbers. But I didn’t really pay much attention because I thought it was no big deal.”

However, it wasn’t until he was in high school that he started to appreciate the rare gift.

After graduating from high school, Tella worked as a hairdresser and did hair for both men and women. In the course of this engagement, he got develop his talent for calculating numbers.

“During that time I was just playing with numbers by myself, especially when there was no client in the salon to take care of. So I just got involved with it to escape the boredom but few of my friends noticed and encouraged me to keep going.”

Also, read; Germany Hands Over First Two of Over 1,100 Benin Bronzes To Nigeria

When he was accepted to the Lagos State University, some of his friends learned about his extraordinary ability with numbers. Not surprisingly, he used this gift to help his friends with their tasks, particularly those studying in accounting and statistics courses.

Tella’s big break at numeracy came on June 2, 2019. On that fateful day, he had an argument with his girlfriend Kehinde Samson about his ability to calculate numbers without a scientific calculator. Tella was put to the test by her friend, who thought his abilities were too incredible to be true.

Surprised, Kehinde advised Tella to put the entire incident into a short video that was posted on various media platforms.

Soon, Tella found fame across the world from the video clips he shared online. He began to get calls from various parts of the world.

This marked the origin of his meeting with Mr. Jerry Olaniyi Jeariogbe. Mr. Olaniyi Jeariogbe moderated the meeting between Tella and LASU Vice Chancellor Prof. Olanrewaju Fagbohun, who had already seen the video clips and was very impressed.

Since then, he has made several media appearances, had an exclusive interview with BBC Yoruba and English (which has been viewed over half a million times).

The genius was also on “Wetin Dey”, a 4-day show hosted by famous On Air Personality (AOP), Wale Animashaun on Max102.3 FM, Lagos, Battabox Online TV (90,000+ views), LASU CLIQS, Breakfast Show with Moyosore Elesho and many others, as well as Fresh FM, Inspiration FM and Lagelu FM, all in Ibadan.