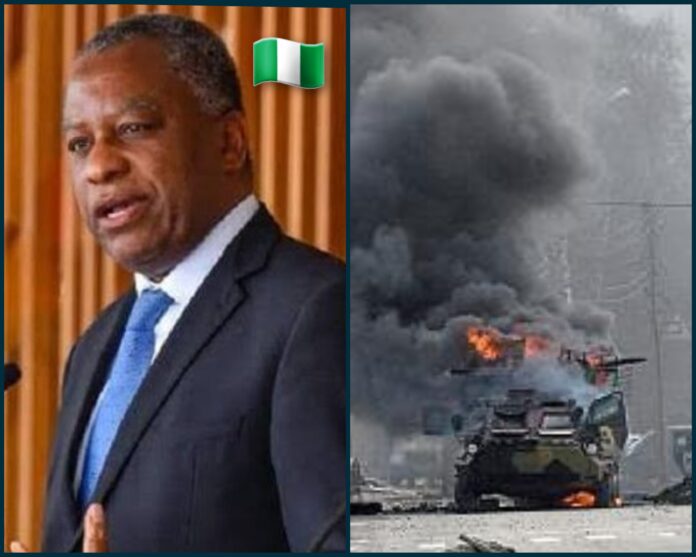 The Nigerian government said it will not tolerate the recruitment of its citizens as mercenaries to support Ukraine in fighting Russia. 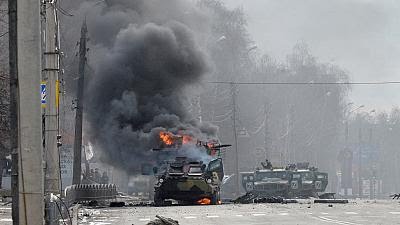 Francisca Omayuli, Nigeria’s foreign affairs ministry spokesman said; in a statement that “Nigeria is in talks with Ukrainian counterparts to forestall such an occurrence.

She added that “The Federal Government will continue to engage with the Embassy of Ukraine in Nigeria, and other relevant authorities to prevent this possibility.”

Nigeria’s disagreement to hiring its citizens to fight Russia in Ukraine; comes days after media reports suggested that Nigerian volunteers were being drafted for the ongoing war.

President Volodymyr Zelensky, last week called on foreign nationals; who are friends of peace and democracy to travel to his country Ukraine to fight against the Russian invasion.

President Zelensky said “Anyone who wants to join the defence of Ukraine ; Europe and the world can come and fight side by side with the Ukrainians against the Russian war criminals,”

Over 115 Nigerians volunteered to join the Ukrainian forces after Zelensky made the call.

But Nigerian foreign minister, Mr. Geoffry Onyeama,  said the country will prevent Nigerians from volunteering as mercenaries in the European country; even though the media reports that Nigerians were asked to pay $1000 for travel tickets and visas before they could be allowed to volunteer.

The Nigerian official, however, revealed that the Ukrainian Embassy denied the reports that any money was demanded from Nigerian volunteers.

Omayuli said “the Embassy clarified that the Ukrainian government is not admitting foreign volunteer fighters, and as such dissociated itself from the claim that it is requesting $1,000 from each Nigerian volunteer for the air ticket and visa.”