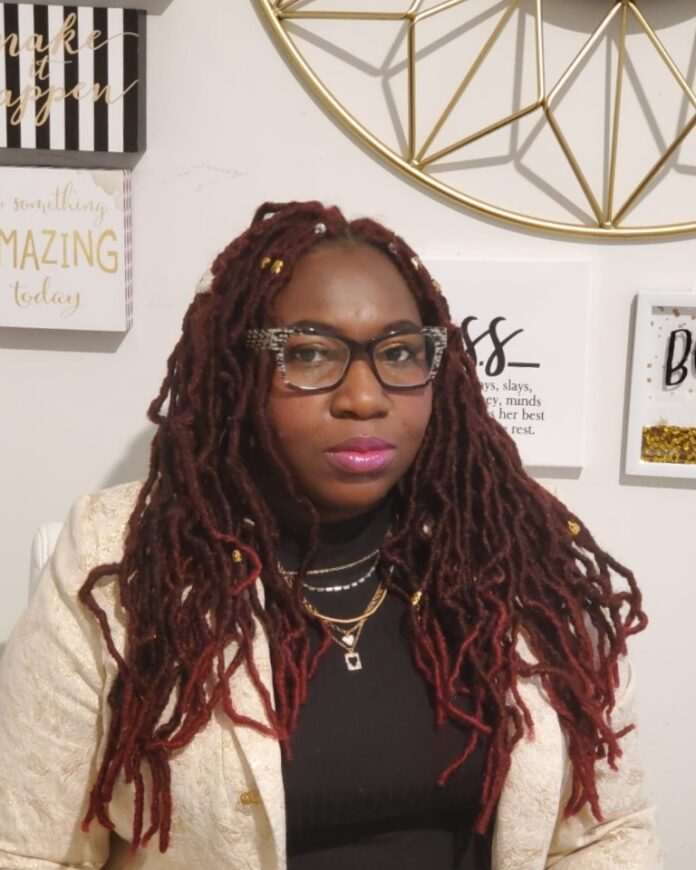 “Falling isn’t Failure. Failure is the inability to stand up after falling” – Precious Obadara

The quote above is one of the mantras that Precious Obadara lives by. She is officially known as Princess Precious Nibru Idiareh Obadara. She is a true princess and the daughter of HRM (King) Idiareh, the Odiologbo of Oyede.

It is always an honor to take some time to get to know the princess from the Oyede Kingdom, Isoko North, Delta State, in Africa. She is the founder of two global platforms, Myancestry LLC and I Love Africa LLC group of companies and is based in Charlotte, North Carolina USA.

Her Mission, Her Experience, and Finding Fulfilment

Precious Obadara was born and raised in Warri, Delta State Nigeria. She is a wife and mother and resides permanently in Charlotte NC, USA.

While still living in Africa, she owned a clothing brand (Precy Michaels) and was into the production of fashion products wholesale from China and Turkey. She exported these products and worked with brand-supplied retailers to distribute her premium fashion products. The African Princess used e-commerce platforms like Jumia and Kaymu, under the brand name Perfect Match collections, to distribute her merchandise.

She was into model management via an agency she owned, known as Pearl Michael Model Management. This agency was a company that availed their models the unique opportunity of growing their career, while modeling in major fashion shows, working with top companies.

With this wealth of experience at her disposal, she moved to the US.

The Defining Moment Of Her Dreams

One day in the US, she met an older African American woman who she worked with briefly. Meeting this woman was a defining moment for her and sparked a new dream in the young entrepreneur from Africa.

Being an African princess from a country where the color of your skin was not a badge of shame or something to be self-conscious about, she was ignorant of how serious racial disparities are based on one’s skin color in the western world. She had seen riots about racial inequality and police brutality stories on reports from the West but she never saw it as clearly as she did when she relocated to the US.

She never imagined that a woman in her eighties would confront her on Martin Luther King Day. Janol Whitefield, an African American woman, who believed that she did not deserve to be in the United States, explained bitterly what the black community in America had faced in the times past.

Janol spoke on their daily challenges as people of African descent, and how they were sold off and shipped to the Americas by “other Africans.”

Sparking the Confrontation by a Simple Greeting

What sparked the confrontation was a simple “Happy Martin Luther King (Jr) Day” to the lady. Precious has gone on to say, “What a great man he was”.

The lady in question responded with strong emotions, and a lot of anger saying, “What do you know about our struggles?! I see you speak English so well, and I am surprised because Africans don’t speak English.”

Taken aback, Precious responds, “I am from Nigeria, ma’am, and in my country, English is the official language.”

Precious was confused at this seeming verbal attack because she heard about slavery in Africa but was unaware that people were taken to the Americas. Unfortunately, she never learned that historical fact in school. The curriculum in Nigerian schools lacked these facts, probably because of its colonial history and educational system.

She looked confused and could not understand why this old woman felt so much rage towards her. She simply responded softly, “I wasn’t born then.”

Janol Whitefield accused Precious of being the reason for the problems of the black community. She demanded that she be fired from her job and replaced by her American colleague.

Princess Precious was not offended by the job loss. What affected her most was the history she did not know. She did not know any American History. She felt sympathy and concern for the troubled old woman and the events of the past mentioned by her. Precious sought to learn about the historical facts from Africa and America and the struggles the black community faced.

With this knowledge, she would educate and help those who had the same perceptions as Janol Whitefield, which was untrue.

Through this season, the words of her mom, “Never pay evil with evil, always conquer evil with good” were a huge source of encouragement.

Princess Precious Idiareh Obadara observed the perception and portrayal by American Society. She saw how being a descendant of Africa seemed like a badge of shame for many African Americans. It was a sharp contrast between Africa she was raised in, which she loved and took pride in.

A Different Perspective of Africa

It was a shock because the Africa she knew and loved is not the same Africa majority of Americans perceived it to be.

She began a quest to destroy stereotypes and myths about Africa by western media. She started on a journey to promote her motherland and help people of African descent in the diaspora. Thus, she started a news platform that would positively influence and improve the image of the continent and its people globally. This was a mission to help the African Diaspora reconnect with their motherland and bridge the gaps that exist between the global black communities. To do this, she registered the entity as a business.

She remembers that after the confrontation, she wiped her tears and began to study African American history. What she found shocked her and brought her to tears even more. A few days later, she registered her business in the state of North Carolina and began operations.

This is why she refers to her business as “not just a business but my passion for change.”

Other Mantras Precious lives by are:

“The journey of a thousand miles; begins with a step.” – Lao Tzu

“Falling isn’t Failure. Failure is the inability to stand up after falling” – Princess Precious Obadara

Princess Precious Nibru Idiareh Obadara has just begun and she is convinced that armed with a strong focus on her goals and mission, the sky is her limits.