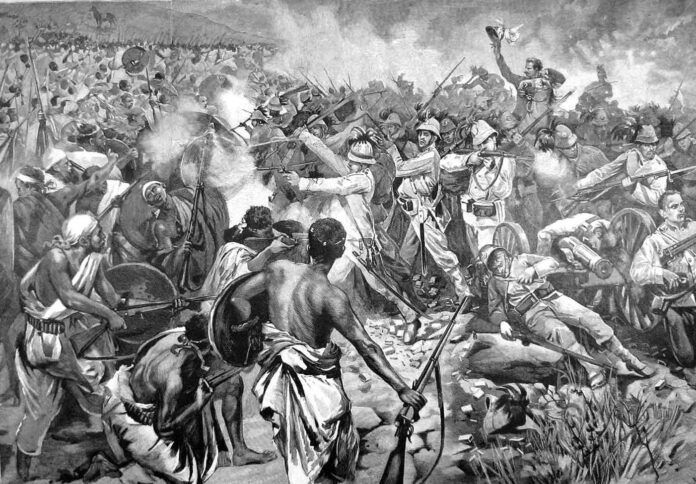 Ethiopian men and women fought in the Battle of Adwa more than 126 years ago. It was a climactic war of the First Italo-Ethiopian War.

The Ethiopians defeated the Italians who had attempted to invade Ethiopia on 1 March 1896, near a town called Adwa. This significant victory stopped the Italian’s campaign to expand its colonial empire in what is known as the Horn of Africa.

By the end of the 19th century, European powers had colonized almost all of Africa after the Berlin Conference. The only countries that maintained their independence were Ethiopia and Liberia.

Adwa thus was a symbol of free Africans and this secured the sovereignty of Ethiopia for over forty years when there was another Italo-Ethiopian war. 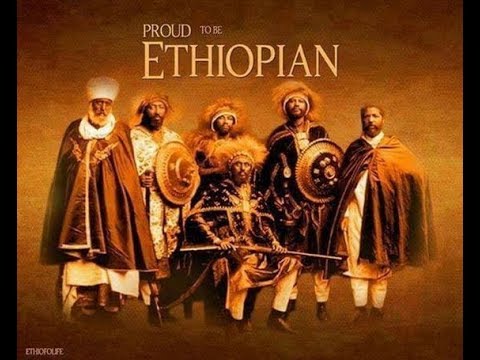 The Italians signed a treaty in 1889 called the Treaty of Wuchale with the king of Ethiopia, Menelik, who ruled the Ethiopian Empire.

The Italians collected new territories that were ceded to them by the king with the treaty. Some of these treaties are Bogos, Hamasien, Akele Guzai, Serge, and parts of Tigray.

In exchange for the treaty, Menelik II had the promise of continued rule, financial support, and military weapons. Before long, a dispute arose over the interpretation of the treaty.

The Italian language version of article 17 in the treaty said that the Emperor was to conduct all foreign affairs through Italian authorities. This made Ethiopia a protectorate of the Italian Kingdom.

The Amharic version, the Ethiopian copy, said that the emperor could use the good offices of the Kingdom of Italy in his relations with other foreign nations at will.

In spite of disputes, the Italian diplomats claimed the original document included the clause in the Latin version and that Menelik II intentionally signed a modified copy of the treaty.

The Italian government decided to use military might to force Italy to keep the promises in the Italian version of the treaty.

When both countries met on the battlefield, it became known as the First Italo-Ethiopian War. In December 1894, Bahta Hagos led a revolt against the Italians in Akele Guzai. This is modern-day Eritrea.

Some units of General Oreste Baratieri’s army, and under Major Pietro Toselli, crushed the revolt and had Bahta killed.

The Italian army occupied the Tigrayan capital, Adwa. In 1895, Baratieri’s army eventually defeated Ras Mengesha Yohannes in the battle of Coatit and forced Mengesha to retreat towards the South.

Towards the end of the year 1895, the Italian forces had conquered more Ethiopian territory.

On December 7, 1895, Ras Makonnen Wolde Mikael, Ras Well Betul, and Ras Yahannes, commanders of an Ethiopian group of Menelik’s vanguard obliterated a small Italian unit in a battle that became known as the Battle of Amba Alagi.

The Italians then withdrew to more defensive positions in Tigray Province. In this territory, the two armies came face to face. In late February 1896, supplies were low on both sides.

General Oreste Baratieri, the commander of the Italian forces, noting the resources the Ethiopians had, tried to withdraw.

Adwa, the seat of battle 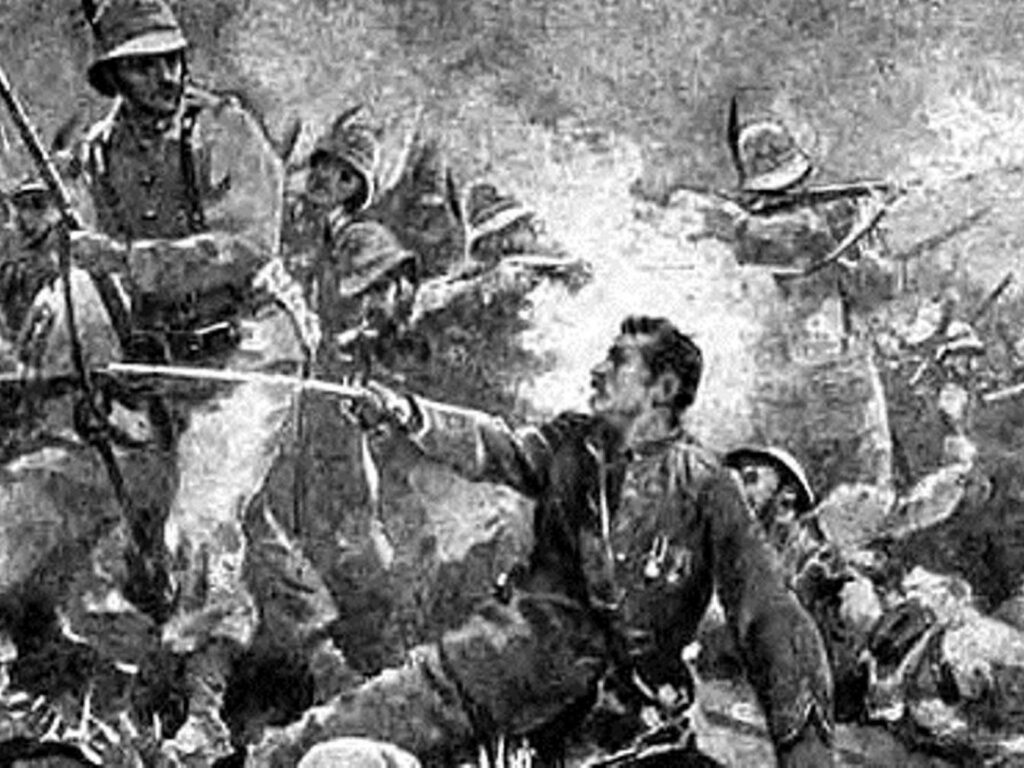 On 29 February towards dusk, a new governor, General Baldissera came to replace Baratieri.

He started his speech by disclosing to his brigadiers the scarcity of provision, and he said that rations would run out in five days. He advised a retreat.

They were to retreat to Asmara. His subordinates insisted on an attack in order to keep the morale of the soldiers up.

One of his subordinates, Dabormida said, “Italy would prefer the loss of two or three thousand men to a dishonorable retreat.”

He refused to decide, citing the non-receipt of intelligence reports as the reason for a delay. Subsequently, he announced that the Italians would march into battle at 9 am the following morning.

The troops marched into position at midnight.

The Battle of Adwa – The battle the Italians Lost

There were 120,000 Ethiopians waiting to fight. They outnumbered the Italians almost six times more.

In addition, the armies had camp followers that supplied the army, as had been the practice for centuries.

They had many riflemen, who were on reserve. There was also a huge number of cavalry and infantrymen, armed with lances.

N.S Leontiey, the Kuban Cossack army office visited Ethiopia in 1895 and some sources say that he led a team of Russian advisers and volunteers. They say that he did not fight in the battle and visited unofficially in January 1895. Russia appointed him a representative in August 1895 and left that year to return for the Battle of Adwa. 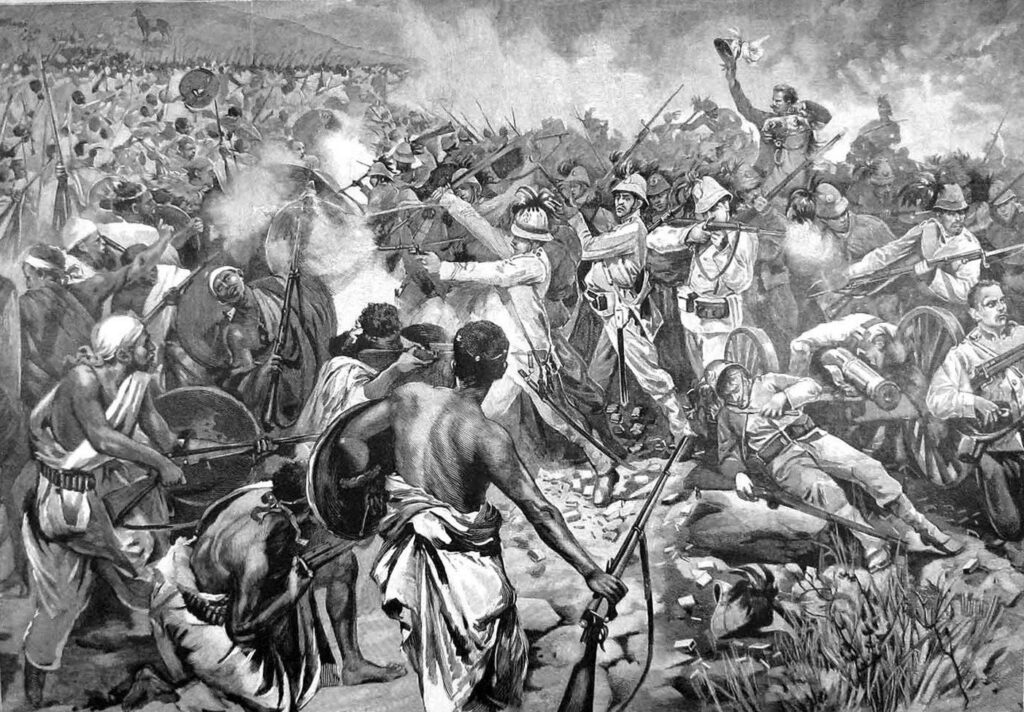 The Italian army had four brigades totaling almost 18,000 and fifty-six artillery. Very few fought in the battle on the Italian side. The Italians needed 7000 soldiers to support and protect their communication equipment.

He estimated that the Italian force at Adwa had more almost 15,000 effective combat troops. General Albertone had one Brigade made of Eritrean Ascari and led by Italian officers.

There remained three Brigades under Brigadier Dabormida Ellena, and Arimondi.

Bersaglieri and Alpini were elite units. Most of them were inexperienced conscripts. They had quickly drafted them from metropolitan regiments in Italy.

They called them the newly formed “d’Africa” battalions for serving Africa. Also, a small number of troops were from the Cacciatori d’Africa.

They served in Africa permanently. They recruited men from Italians who settled in Ethiopia.

These units were permanently serving in Africa and were partially recruited from Italian settlers in Ethiopia.

Baratieri’s men had old model guns and poor communication equipment. He had to economize everything.

The soldier has little morale, the veterans wanted to go home and the new soldiers were rookies. The Italian operational corps in Eritrea was under the rule of General Oreste Baratieri. His chief of staff was Lieutenant Colonel Giacchino Valenzano.

The first of March, beginning from the day before, three Italian brigades advanced towards Adwa over the mountains and a fourth remained behind.

They wanted to fight the Ethiopians from the high ground. Unfortunately, the Italians were not familiar with the mountains and made some wrong turns.

On the other hand, Emperor Menelik know the weakness of the Italians that they had exhausted the ability of local peasants to guide and support them.

So the next day, the emperor rose early to pray. Soon after spies from the Italian camp informed him and his military advisor, Ras Alula (Abba Nega) that Italians were advancing.

The emperor with empress Taytu by his side and the armies of his nobles ordered his forces to move forward. His leaders all commanded different troops.

Ethiopian men and women took positions on the hills that overlook the Adwa Valley. They were waiting for the Italians who would be vulnerable and exposed to crossfire.

Alberto Ascari’s brigade was the first to fall. They resisted Ethiopia for two hours. Afterward, they surrendered under the pressure of the Hotchkiss and Maxim pieces that were purchased from Egyptian, French or European suppliers. Under intense pressure, many fled to Arimondi’s brigade.

Arimonde’s brigade held on for three hours until the emperor released his reserve of 25,000 Shewans and crushed the Italian defenders. Two companies that arrived at the last moment were also cut down.

Dabormida’s Italian brigade was separated from the remainder of the army and so began to slowly retreat. However, when they entered a narrow valley, they found Wollo Amhara’s calvary under Ras Mikael slaughtered his brigade.

The Ethiopians wisely outflanked the remaining two brigades and demolished them. By noon, the Italian army retreated while the Ethiopian army pursued the Italians.

Italians left all their weapons and fled to Eritrea.

The Ethiopians treated the 800 Eritrea Ascari as traitors and amputated their right hands and their left foot.

The Italian government relieved Baratieri of command. The government court-martialed him. They blamed him for a faulty battle plan and the abandonment of his men.

The news was not well received in Italy; there were street demonstrations in major cities and fierce protests. The prime minister resigned and troops were deployed to calm the populace.

Women’s associations in Rome called for the repatriation of their men from Africa. They had mass funerals. Letters on the soldiers reporting bad living conditions to their families were sent to the media houses. The king declared his birthday as a day of mourning. Italian communities all over the world raised money for the families who lost loved ones.

Russia supported Ethiopia and created a Russian Red Cross mission to help. Russia pretended to carry out a medical mission to Ethiopia. They used this as an opportunity to carry weapons into Ethiopia.

They arrived in Ethiopia three months after the Battle of Adwa and its subsequent victory. Emperor Menelik invited Leontiey to Ethiopia and received lots of military artillery organized by Leontiey.

Emperor Menelik had few demands specifically the abrogation of the treaty of Wuchale. He only wanted to preserve Ethiopian independence. Ethiopia had recently emerged from a ruthless famine and he was being shrewd in protecting his nation.

So the gains of the battle were that the treaty that Italy signed the treaty of Addis Ababa and recognized Ethiopia as an independent state.

Ethiopia – an example to other African countries

The defeat of the colonial power and the recognition of Africa’s sovereignty was a rallying point for other African countries when they started to struggle for their nations to be decolonized. They became the emblem of African valor and prestige. They were seen as a sign of hope to the rest of Africa.

Taytu Betul played a noteworthy role during the battle of Adwa and although not often mentioned, thousands of women supported the battle of Adwa. They nursed the wounded, cooked, and supplied nourishment to the army.

To date, Bahir Dar, Debre Markos, and Adwa; places where the battle took place, celebrate the victory of Adwa in public ceremonies.

Also, read The Forgotten African Kings Who Once Ruled India