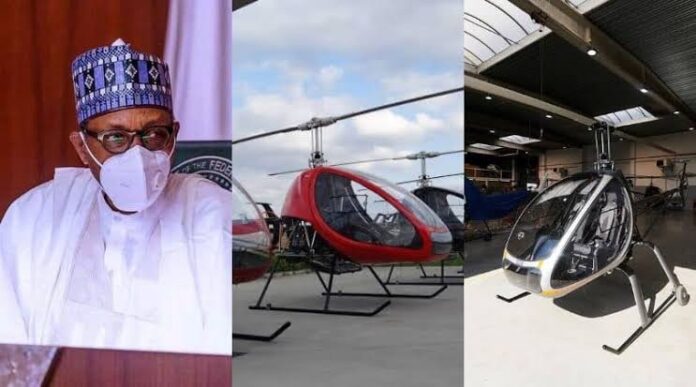 The Nigerian government is finalizing its plan to begin assembly and mass production of helicopters for deployment and export.

Speaking to journalists after the meeting, Haruna noted that much progress had been made and all necessary parts and components were delivered from Belgium and training for pilots, engineers and technicians began in earnest.

He explained that he was in the villa to inform the President about the Agency’s activities and to present his financial report at the President’s request.

Buhari had approved in 2021 that 1% of federal allocations go to NASENI to fund the agency’s activities and technical innovations.

The president also directed NASENI to work with the Belgian helicopter manufacturer Dynali Company for the local production of helicopters.
NASENI tweeted after the president’s directive: “Made in Nigeria, helicopters underway as @fmaviationng starts rating process.

“The President’s dream of bringing a Made-in-Nigeria helicopter to market before the end of his term is beginning to be realized as the project enters the evaluation phase by aviation authorities.”