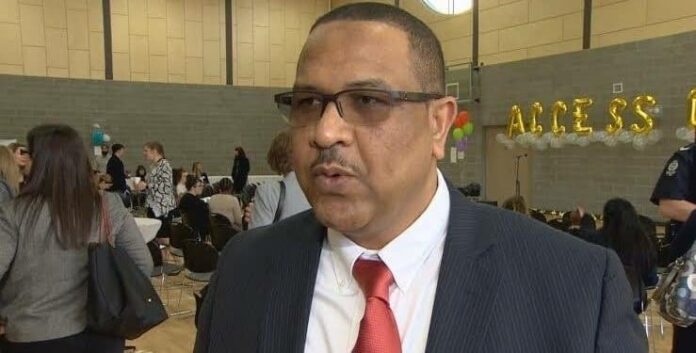 Abba-Aji, the first African appointed to the role, hails from Borno State, Nigeria and is a brother of former Borno Central Senator Mohammed Abba-Aji.

According to official records, the Alberta Hospital was founded in 1923 and has trained millions of physicians in nearly a century since its inception.

Alberta Hospital Edmonton is the largest addiction and mental health teaching hospital in western Canada. The institution is also affiliated with the University of Alberta, one of the top 5 universities in Canada and ranked 135th the best university in the world.

The new CMD, a 20-year professor of psychiatry in Canada, received his MBBS from the University of Maiduguri, Nigeria.

Notably, Abba-Aji holds a Master’s degree in Neuroscience from Maastricht University, The Netherlands, as well as a Master of Business Administration in Healthcare Management from the Smurfit Graduate School of Business, Dublin.

Before his appointment as CMD, he was a Medical Director of the Integrated Youth Services Initiative in Addiction & Mental Health in Edmonton; Site Director of the Zone Facility, Addiction Mental Health, at the University of Alberta Hospital; and the Associated Chair of Psychiatry, Clinical Affairs, with the Faculty of Medicine and Dentistry.

He has numerous awards, recognitions and over 70 peer-reviewed publications and book chapters.