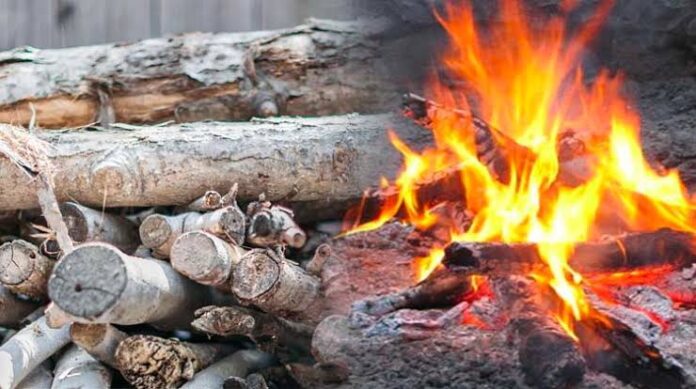 As global prices rise, the cost of buying gas is becoming unbearable for many Kenyans, and the search for alternatives is prompting some to turn to forests for charcoal.

Coal, an amorphous form of carbon formed when wood is burned under minimal oxygen conditions, is proving to be the simpler – but more harmful – alternative.

In Sub-Saharan Africa, native trees such as acacia provide high-quality charcoal that fetch a good price in the market.

Residents bordering government forests are cutting and drying protected forests for serious income, while consumers in rural households and cities are looking to alternative fuels to buffer expensive cooking gas.

Kevin Kyovi, 27, a resident of Kisasi, Kitui County, wakes up early in the morning with a panga and an axe.

He felled at least two mature acacia trees and in two days made more than 15 sacks of coal from a single kiln.

“Since cooking gas prices are rising, the demand for coal has been increasing,” he says.
“When the price of gasoline was low, I only sold one bag of coal a month. But now coal is in high demand and many customers are arriving, which forces me to increase production.”

One of Kyovi’s clients, Caroline Mwaniki, has no choice.
The mother of one, in her twenties, says she had to move from a large gas cylinder to a smaller one, and the costs still don’t add up.

“So I bought this little one to see if it could save my situation. But I suddenly realized it’s also on the rise. So, I went with coal,” she says.

The options for Thitu to stay in business could mean some form of illegality—shutting down or selling coal.

In Kenya, the commercial sale of coal carries fines.

“Many customers chose to use coal instead of gas. So, I wonder if I should give up the gas business and start selling charcoal which the government has banned from selling coal, especially in our county Coal law is very punitive, you can’t store coal in a store.

However, this coal trade means you have to cut down native trees, and that leads to deforestation,” says Thitu.

Now, uncontrolled logging is contributing to the wave of climate change, the imminent threat to native trees could even be extinction.
Victor Boiyo, an expert in environmental governance and management at Nazarene University, blames the Kenyan government’s pricing policy for the low absorption of cooking gas.

“The prices of oil products and LPG have soared. And that greatly affected the choice of fuel used, particularly in rural Kenya. As a result, many homes have stopped using LPG and are going back to burning fuel and coal,” he says.