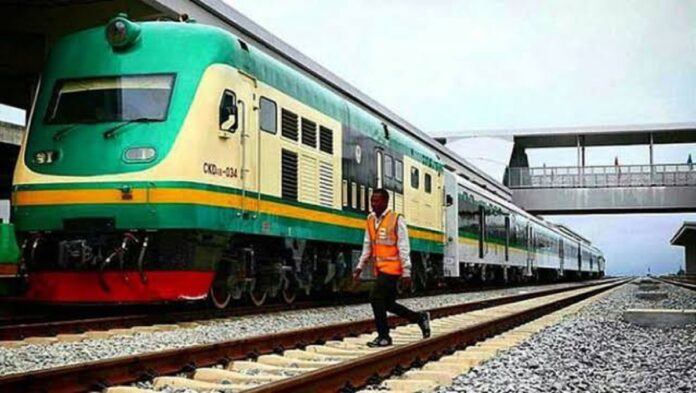 Rail services, linking the Nigerian capital Abuja to the northern city of Kaduna, have resumed operations eight months after being suspended following one of the country’s high-profile hijackings.

On March 28, militants blew up the tracks with explosives and attacked the train traveling between Abuja and Kaduna. They opened fire, killing eight people, injuring 26 and taking over 100 passengers hostage.

The hostages were released in batches after negotiations with their captors, who reportedly received huge ransoms from their families.

Reporters from Agence France-Presse and the local newspaper, Punch, who was at Abuja train station on Monday, said the train left the capital around 10:00 a.m. (09:00 GMT) for the two-hour journey to Kaduna.

Passengers were few – they only used a third of the train’s capacity – but they are happy to be running again after eight months.

She had arrived at the station early to avoid the traffic jam.

“I was just waiting for trains to start again, so I’m really happy to be here today,” passenger Jania Adesina, a 50-year-old university professor, told AFP.

Also, read; Senegal Bows Out of The World Cup, Leaving Morocco As The Only African Nation in The Tournament

She added, “30 minutes after I arrived, we saw a team of military personnel with two armored tanks and other vehicles — about five of them, driving around all these places.”

Police said they deployed personnel and equipment to protect passengers and secure the tracks.

Nigerian Railways – operators of the train – had planned to resume Abuja-Kaduna service much earlier, but the hostages’ families insisted they be released first.

They also raised concerns about the safety of passengers on the road.

The Abuja highway was repeatedly attacked by gunmen who kidnapped passengers and forced travelers to choose the train.

President Muhammadu Buhari, who is stepping down after February’s elections, sees rail expansion as a key element of his infrastructure programs.

The attack on the Kaduna train was one of several high-profile incidents this year and highlighted the challenge facing Nigeria’s overstretched security forces.