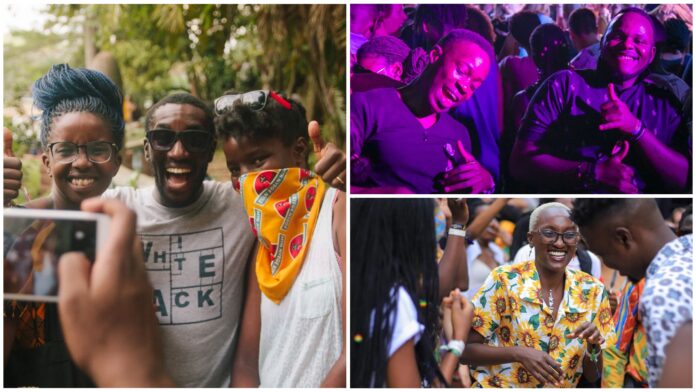 The world-acclaimed Nyege Nyege Festival in Uganda, which was first held in 2015, is a four-day dance party and a major tourist attraction for electronic music lovers.

After a three-year hiatus due to COVID-19, the 2022 festival will be held in Uganda from September 15-18. More than 300 DJs and artists will participate in seven stages, with the expectation of 10,000 revelers.

For this 2022 edition, they decided to move the festival location to a more idyllic location. This year’s celebrations will take place on the banks of the Nile, near Itanda Falls, in the heart of the Busoga region, a few kilometers from the city of Jinja, Uganda.

In its early days, the Nyege Nyege Festival started out as Boutiq Electronique parties hosted by Derek Debru and Arlen Dilsizian at Tilapia nightclub in 2013. It later grew into a full-fledged festival with its first iteration in 2015 around an abandoned resort in Jinja.

Both artists focused on reconciling African genres with electronic music and sparking a constant need for innovation with Nyege Nyege’s trademark ‘uncontrollable urge to dance’.

Although Nyege Nyege 2022, almost didn’t happen as Uganda’s parliament banned it – and not for the first time – because it promoted “sexual immorality”. Fortunately, Uganda’s prime minister gave the green light before it was too late.

Also, read; “I Only Date Black Women,” John Boyega Says As He Reveals His Dating Rules

Although Nyege Nyege is promoting the topic of environmental protection and inclusion this year, it has been the subject of moral outrage and heated debate.

The controversy has a lot to do with its name – Nyege Nyege – and the choice of a major new site on the banks of the Nile, at Itanda Falls, a site reportedly five times larger than before.

In the Luganda language of Uganda, “nyege nyege” is interpreted as an irresistible desire to dance. One dictionary definition says it means “an intense sense of urgency in the need for intimacy, closure, and physical exploration”.

During a recent parliamentary session, a member of parliament vehemently defended its repeal. Parliamentarians, religious and opinion leaders, human rights activists and some government officials have publicly questioned the integrity of the event. They believe it is a breeding ground for sexual immorality.