Ghanaian Star, Okyeame Kwame and Son Star in Disney Plus Movie with US Acappella Group Pentatonix 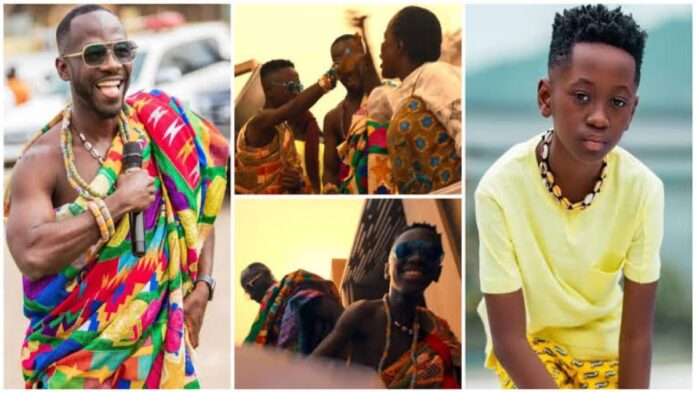 Ghanaian hiplife legend Okyami Kwame and his son Sir Kwame Buta from Ghana are on the world stage. The father-son duo will star in Disney Plus’ Pentatonix: Around the World For The Holidays.

As already reported, the Christmas movie will premiere on December 2, 2022 on the international streaming platform Disney Plus.

Okyeame Kwame and his son adorn the rich, colorful kente cloths as they introduce Ashanti culture to the world in the Christmas movie. The trailer also includes scenes highlighting other Ghanaian cultures, including the famous Takoradi masked ball, with some scenes filmed at the famous Macula market.

Also, read; Dutch To Apologise for Its Participation In Slavery

The film is about Pentatonix, the world’s most famous acappella band, who lack inspiration for their annual holiday album. The group suffers a setback when their manager locks them in a magical mailbox. They soon roam the world discovering the holiday traditions of Pentatonix fans in Ghana, Japan, Mexico and beyond.

Finally, in The Hip Hop Nutcracker, Rev Run immerses audiences in a hip hop reinterpretation of the New York-based ballet The Nutcracker, inspired by the live theater phenomenon touring the United States.