Nigerian Monarch, Ooni of Ife, Marries 6th Wife a Week After His 5th 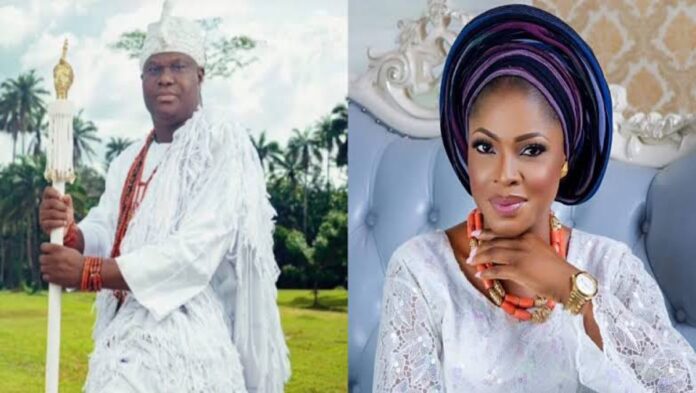 The announcement of the King’s marriage was made by Ooni spokesman, Moses Olafare in a Facebook post on Sunday, and pictures followed on Monday.

The monarch married his fifth wife and founder of African Fashion Week, Ronke Ademiluyi, great-granddaughter of the 48th Ooni of Ife, Ajagun Ademiluyi, on Thursday, October 20, 2022.

According to Olafare, Ooni’s sixth wife, Adesegun is a princess who hails from the land of Ijebu.

Photos and videos of the traditional wedding ceremony have made their way onto the internet. In the videos that were circulating, the beautiful bride was seen entering the wedding reception in style as the Ooni chiefs proposed to her.

As with their previous marriages, the Ooni was absent but the royal guards and maids, palace chiefs, and royal officials were there to represent the Yoruba monarch.