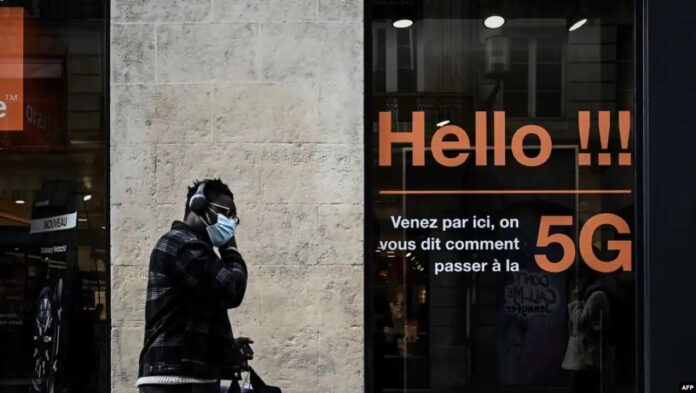 France’s Telecom Group, Orange, (ORAN.PA) on Friday launched a new 5G network in Botswana as a first step towards rolling out high-speed data to other markets in the Middle East and Africa, company executives said.

Orange’s 5G coverage in the first few months of its initial launch in Botswana will extend to 30% of the South African country’s population, including residents of Gaborone and Francistown, the two largest cities.

The company said coverage will expand to other cities early next year.

Even as the prices of 5G-enabled cell phones fall, they remain out of reach for some Africans.

Instead, Orange is primarily focusing on 5G to provide fast internet in Africa, where the sparse population makes deploying fiber optic infrastructure uneconomical.

“For us, the main use case is fixed wireless access, which is home internet,” Orange Botswana CEO Nene Maiga told reporters ahead of the launch.

Africa and the Middle East, where Orange operates in 18 countries, account for more than 60% of the company’s total mobile subscribers and 6.4 billion euros ($6.6 billion) in revenue.

Currently, the region has more than 44 million 4G subscribers.

Orange Middle East and Africa CEO Jerome Henrique said the company is aiming to roll out 5G networks in about half a dozen countries in 2023, likely starting with Jordan.

“There is already an agreement with the government on the conditions for the deployment of 5G in Jordan. Most likely, Ivory Coast and Senegal will follow, but we are still discussing regulatory terms,” he said.