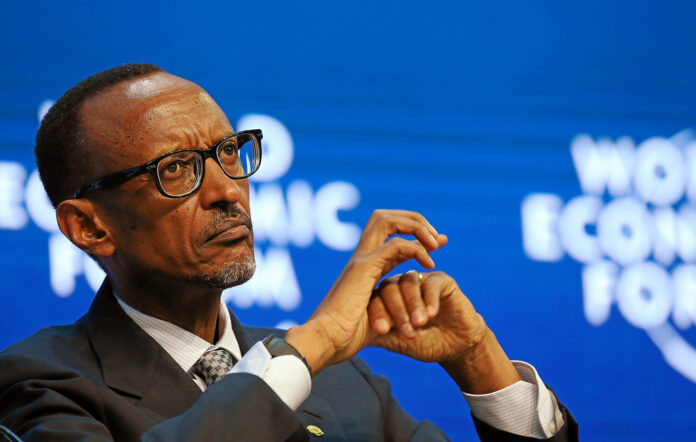 In Davos, Switzerland, President Paul Kagame, joined by numerous African leaders, delivered a rallying call to his African counterparts, urging them to put Africa first before working with the rest of the world.

This was done at the first in-person World Economic Forum event since the COVID-19 epidemic began. An event that continues to bring together world leaders and experts to discuss a variety of issues, including the food crisis, geopolitical strife, climate change, and employment.

According to The New Times, the Rwandan President stated that it is time for Africans to let go of the notion that the rest of the world will care about Africa and its issues and will always be willing to help.

Kagame explained this and more during a session of the “Forum of Friends of the African Continental Free Trade Area,” which was held to discuss the AfCFTA’s implementation progress.

While addressing the forum, the President of Rwanda used an example of a pandemic that showed not only Africa’s but also global vulnerabilities. He explained that Africans don’t even have the public health infrastructure that should be in place with or without a pandemic.

“That is why in some cases when vaccines came, they could not roll them out; they were not able to vaccinate people across the board because the infrastructure was lacking to do that,” he added.

President Kagame also noted that the discovery of the vaccines that proved useful against the pandemic is proof of what Africans must learn. He noted that Africa was asked to wait “openly and without shame” as other continents were given a chance at the vaccines.

Kagame explained that there are numerous options available to Africans. However, “Africa can tackle even more problems if we work together,” he stated

On the other hand, at the same event, President Obama praised the pharmaceutical firm Pfizer’s “Accord for a Healthier World” project, which is anticipated to enhance health equity for 1.2 billion people in 45 low-income countries.

Pfizer will supply 45 low-income nations, including Rwanda, Ghana, Malawi, Senegal, and Uganda, with all of its existing and future patent-protected medications and vaccines on a not-for-profit basis under the project, according to KT Press.

The commitment by Pfizer will involve the provision of healthcare professional education and training, supply chain management, diagnostic expertise, and other infrastructure enhancements.

President Kagame praised Pfizer’s initiative, saying that timely and inexpensive access to the most advanced medicines and vaccines is critical to global health fairness. Kagame explained that Pfizer’s commitment to the Accord program establishes a new benchmark, which we hope to see others follow.

“Rwanda is very happy to take part in Accord, together with partner countries, and we look forward to adding these life-saving medicines and vaccines to our public health arsenal,” he said.