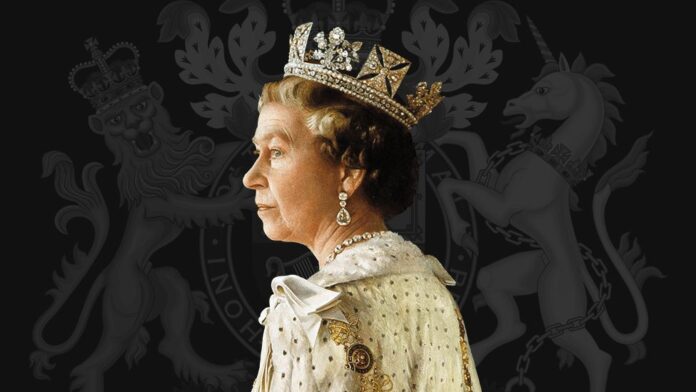 Queen Elizabeth II, the longest-reigning monarch in British history, has died at the age of 96. Prince Charles, 73, heir since age three, is now King and the Duchess of Cornwall is now Queen Consort.

In a statement, Buckingham Palace said: “The Queen died peacefully at Balmoral this afternoon. The King and Queen will remain at Balmoral tonight and return to London tomorrow.

The royal family’s official website carried the message: “Queen Elizabeth II 1926-2022” along with the official statement from Buckingham Palace.

Flags on prominent buildings in the UK were lowered to half-mast as an official period of mourning was announced.

As Queen of the United Kingdom and 14 other kingdoms and head of the Commonwealth of 54 nations, Elizabeth II was by far the most famous head of state in the world during an exceptionally long reign.

She ascended the throne at age 25 and successfully led the monarchy through decades of tumultuous change, her personal popularity being the ballast in the institution’s most difficult times.

By her side most of the time, the Duke of Edinburgh remained her “strength and support” during a marriage that withstood many of the strains of her unique position.

Despite a family life lived in the often challenging public light, Elizabeth II remained a calm and steady figure, enduring the divorces of three of her children and the crisis brought on by the death of Diana, Princess of Wales, in a car accident in England Paris was created in 1997.

In the United Kingdom, the Queen’s official title is Elizabeth II, by the Grace of God, of the United Kingdom of Great Britain and Northern Ireland and her other Kingdoms and Territories Queen, Chief of the Commonwealth, Defender of the Faith.

In her 70 years on the throne, there have been many political and social changes. Nothing less than in what was once her African empire.

She is known to have been in Kenya (pronounced “Keenya” by the British at the time) at the luxurious Tree Tops Game Lodge when her father died in 1952. She hastily returned to Britain that year to assume the throne.

She had accompanied her parents to South Africa in 1947, the monarchy’s “last hurray” in the country, before the National Party, which formalized apartheid, overthrew General Jan Smuts’ United Party the following year.

At its height, the British Empire covered about a third of the world, but it was already in recession when the queen ascended the throne. India was the “jewel in the crown”, but had transitioned to a violently divided independence that included the creation of predominantly Muslim Pakistan in 1947.

Burma (now Myanmar) left in 1948. There were other areas in Asia, notably Malaysia, some outposts in Latin America, and several islands in Oceania and then there was Africa.