Rubis Energy CEO, Jean-Christian Bergeron to be Deported From Kenya for Hoarding Fuel in the Country 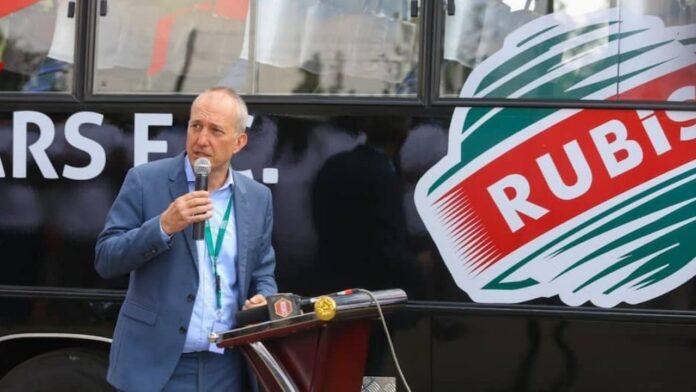 Authorities in Kenya have ordered the deportation of a French national; Jean-Christian Bergeron over what they referred to as “economic sabotage.”

Documents revealed that the CEO of Rubis Energie, Jean Christian Bergeron has been creating an artificial shortage of oil by hoarding to escalate the economic crisis in the country.

After a meeting with President Uhuru Kenyatta; Energy Cabinet Secretary Monica Juma recommended further sanctions against oil marketing companies that were complicit in creating the fuel shortage in the country.

The measures by the government comes a day after the Energy and Petroleum Regulatory Authority (EPRA); stated that the oil marketing companies were selling fuel that was meant for the Kenyan market outside the country.

Additionally, records showed that Rubis Energie has reported higher export volumes of oil while the local channels that serve the Kenyan market remain with minimal fuel at a higher rate.

According to Kenyan laws, fuel hoarding is a serious crime and attracts a prison term of over eight years. The law also sets a fine of Sh1 million (over $8,500).

This deportation has critics calling for African countries to review and nationalize the ownership of major oil companies to avoid artificial economic crises of such nature.

It is a norm to see major businesses, ranging from the mining sector to oil and gas with huge economic potentials being owned by foreign multinationals. A practice that is a direct threat to national security.

Some people say that foreign owners of oil businesses deliberately hike prices to escalate the economic crisis. What do you think?