Senior Executive of Estee Lauder; John Demsey has been fired after posting a racially offensive meme on his instagram account 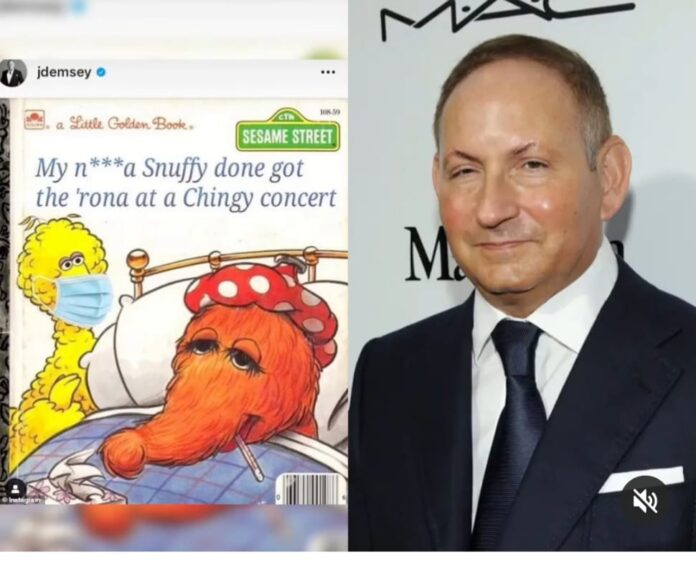 After spending more than thirty years at one of the world’s largest cosmetic companies; John Demsey has been fired from Estée Lauder.

Estée Lauder announced the termination of their senior executive after he posted a racially offensive meme on Instagram last week. John Demsey, who served as the company’s executive group president; will leave the company and retire on March 4;  according to a recent regulatory filing.

In a statement released on Monday, the cosmetics company said that; “Demsey’s firing was a result of his recent Instagram posts; which do not portray  the values of the Estée Lauder Companies and his posts caused widespread offense.”

The executive chairman William P. Lauder and CEO Fabrizio Freda said in a statement that “Inclusion, diversity, and equity are core to our company’s values and priorities globally. Furthermore, over the past two years; we have worked together as an organization to advance our approach to racial equity and have taken a hard look at where we can and should do better,”

The company added that “Together we are making progress against our commitments to our employees, our partners, and consumers,”

Dempsey posted on his Instagram page  “There are not enough words to express my remorse and sorrow; Not only did I hurt many people whom I respect; but the terrible mistake that I made has also undermined everything I have been working for since I began my career 31 years ago.”

News of Demsey’s abrupt firing comes as many large companies and corporations are aiming to become more inclusive following the murder of George Floyd in 2020.

The Estée Lauder Companies was founded nearly 70 years ago in New York City. The company manufactures several skincare products, fragrance, makeup, and hair care products; while owning a diverse number of beauty brands, such as  Bobbi Brown, MAC, and Clinique.

Share
Facebook
Twitter
Pinterest
WhatsApp
Previous articleOGISO OWODO – The Last Warrior King, and father of Oduduwa Who set enslaved prisoners of war free in Ancient Benin Kingdom Part I
Next articleInside the Machina Emirate of West Africa, where Humans and snakes are brothers