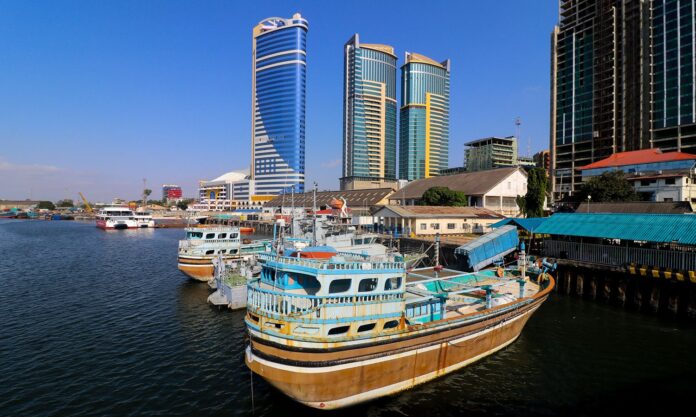 For some of the best places to visit in Tanzania, look at our best seven. 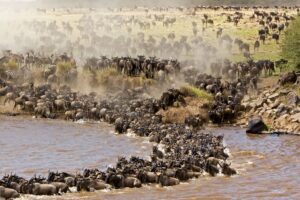 The Serengeti National Part is one of the most interesting places to visit in Tanzania. It is a game reserve and the place where the Great Migration happens. At least 8 million wildebeest and zebra pound the plains searching for fresh grass; in what is known as the Great Migration.

It is the movement of vast numbers of Serengeti’s wildebeest accompanied by large numbers of zebras and different types of gazelles, eland, and impala. This is an annual event and can be predicted.

The vast and scenic Ngorongoro Crater 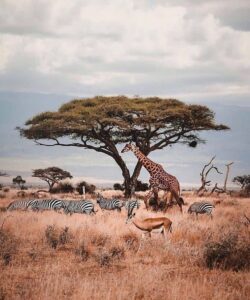 The Ngorongoro Crater has about 20,000 animals and boast of having the world’s largest populations of lions and spotted hyenas. They also have many massive old tuskers and some of the largest black rhinos in East Africa.

The Ngorongoro Crater is 25 km wide and one of the best places in Tanzania to see the Big Five. It is firmly established as a common tourist spot.

The Ngorongoro Crater formed about 3 million years ago when a huge Rift Valley volcano exploded. It is the largest unbroken and unflooded volcanic crater in the world.

It has a permanent lake, open savannah, and areas of mature woodland. Steep dense forest walls surround the Centre that is as high as 600 meters. The forest is like a huge natural amphitheater with the Centre in the middle of it all. 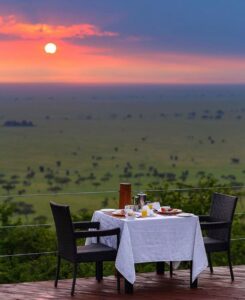 The Ngorongoro Conservation Area comprises this crater and two others – tracts of Serengeti plains, the Olduvai Gorge, and highland forest ecosystems. Ngorongoro being a conservation area more than a national part means that resident Maasai still graze their livestock on its grasslands. The herds of cattle coexist with the herds of zebra. 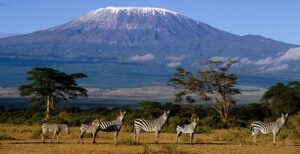 Mountain Kilimanjaro is a volcano with three cones. It is located in Tanzania and is popular for being the tallest mountain in Africa. It is not part of a mountain range and is designated as the largest free-standing mountain rise in the world.

Climbing up this mountain is like going from the Equator to the Arctic region.

You can hike Mount Kilimanjaro without climbing gear and less than half of its climbers ever get to the top of the mountain. The vegetation of Mount Kilimanjaro is ethereal. Painted wolves are spotted at the summit. 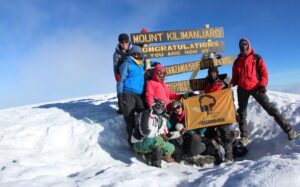 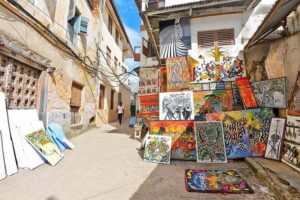 Stone Town Zanzibar and its unique 19th-century Omani architecture and Swahili atmosphere are part of the charm of Tanzania. This is one of the best destinations for a safari trip.

Is it safe? It is perfectly safe to visit Stone Town, Zanzibar. There are so many people there and the crime rate is low.

Stone Town draws its name from the ornate house built with local stone by Arab traders and slaves in the 19th century.

More than 600,000 slaves were sold through Zanzibar between 1930 and 1863. The city was also a very important base used by many European explorers that including the likes of David Livingstone. 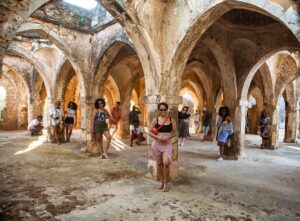 Kilwa Kisiwani used to be the home of the most important medieval trading centre along the East African coast. The island, Kilwa is dotted with impressive ruins of abandoned palaces, mosques, and Swahili buildings. The ruins of these two cities, Kilwa Kisiwani and Songo Mnara are found on two islands off the coast of Tanzania.

In the 14th century, the Kilwa Kisiwani was the most important trading centre on the East coast. Today, its ruins include many mosques, a well-preserved Omani fortress, graves, and remnants of a great palace. This palace used to be the largest permanent building in sub-Saharan Africa. It made its money on its control of the gold trade with the Monomotapa kingdom.

The ruins of Songo Mnara 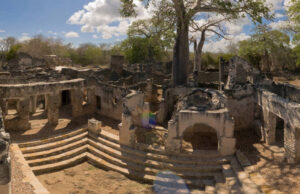 The ruins of Songo Mnara include another ruined palace from the same era. Other ruins include houses, graves, and mosques, which are well-protected. These are part of East African culture, and the spread and influence of Islam along the East African Coast in the 9th century.

Towards the west, you see gigantic perimeter walls of the Makutani Palace, and in the same vicinity are the ruins of the Great Mosque, an imposing building with a multi-domed roof. The ruins are overgrown and dominated by striking baobab trees. The largest of the ruins is the Husuni kubwa. It occupies a raised position about 2km to the east and overlooks the mangroves. 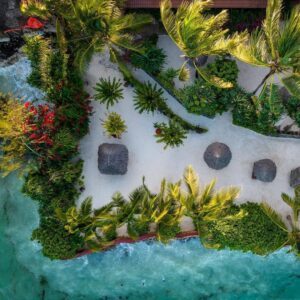 Tanzania-Zanzibar beaches are one of the fascinating sights that draw honeymooners. They come from different locations of the world.

It is a favorite spot for honeymooners or tourists on holiday. There are so many choices of beaches that you are spoiled for choice. You can go sunbathing, swimming or snorkeling. 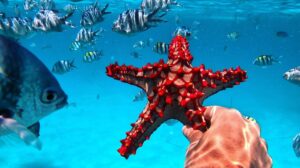 Alternatively, simply enjoy your stay at the beautiful beach resorts. 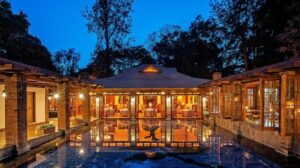 In addition, Bwejuu beach is one of the top beaches. It is a white sandy beach that is lined with palm trees and about an hour’s drive from Stone Town. If you love relaxation, peace, and privacy, this is your spot.

Other activities or excursions around the area include a mangrove forest, a boat trip. You can also visit to the local village of Bwejuu. You can also have a reef safari, or a trip to Jozani forest, the home to the Red Colobus Monkey.

Also read: How to tie gele for use in a wedding or Birthday ceremony in Nigeria