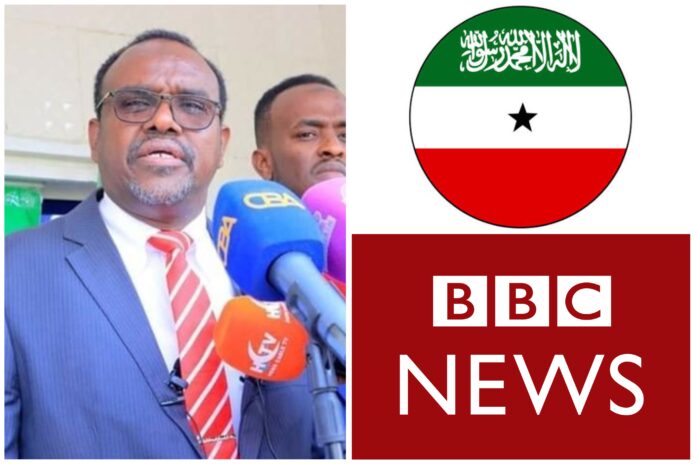 The breakaway region of Somaliland has announced a broadcast ban on the British Broadcasting Corporation (BBC).

Somaliland’s Information Minister Saleban Yusuf Ali Koore told reporters on Tuesday that the BBC broadcasts had “undermined the identity and dignity” of the self-proclaimed independent nation, which is not recognized by Somalia or any other country.

The minister said in the Somali capital of Hargeisa that after lengthy discussions, the authorities decided to ban the BBC because the network had lost its neutrality and was acting against Somaliland’s independence. He noted that the ban would take effect immediately.

Koore said the BBC does not recognize that Somaliland is a democratic country that has had several presidential and general elections in the last 31 years.

Somaliland is a former British protectorate and breakaway region in northern Somalia that declared independence in 1991 after Somalia fell into civil war.

In Somalia, journalists and the media are now facing new challenges in their daily work.

On July 18, a reporter and cameraman for Arlaadi Media, a radio and television station in Mogadishu, was arrested by security forces, according to channel director Ahmed Ali Nuur.

Abshir Mohamed Nur Farasa, one of the journalists attacked, said he was covering road damage caused by recent rains in Mogadishu when he was beaten at gunpoint by security officials.

He said he was not told why he and the photographer were being attacked. After being beaten, Farasa said the officers took the cameraman to the police station and destroyed his equipment.

Somali police spokesman Abdifatah Adan Hassan told VOA that the police acted immediately after the incident and arrested one of the people who attacked the journalists. Another is still on the run.

Hassan said it is possible that people wearing security force uniforms are causing trouble in Wadajir district. He said he spoke to Arlaadi’s media and the police commissioner after the attack and one person involved was detained in Wadajir.