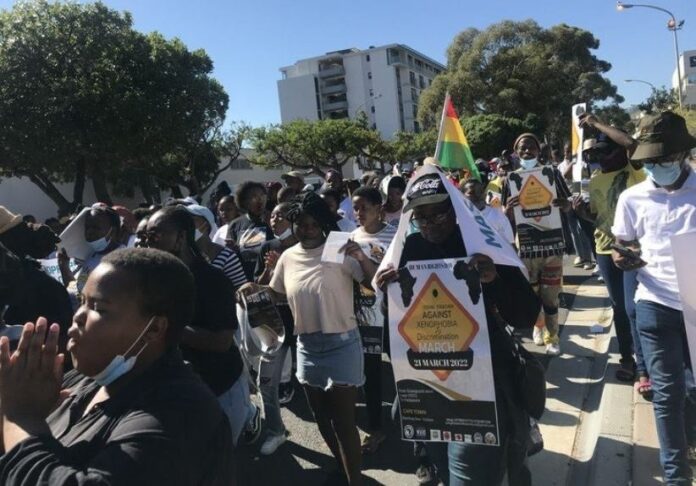 About a hundred people marched to Parliament to ask the government to intervene in ongoing xenophobic attacks. A march that was organized by the concerned citizens of the Western Cape.

The group is calling for the government to detain and prosecute those who use threats and violence against foreign nationals. 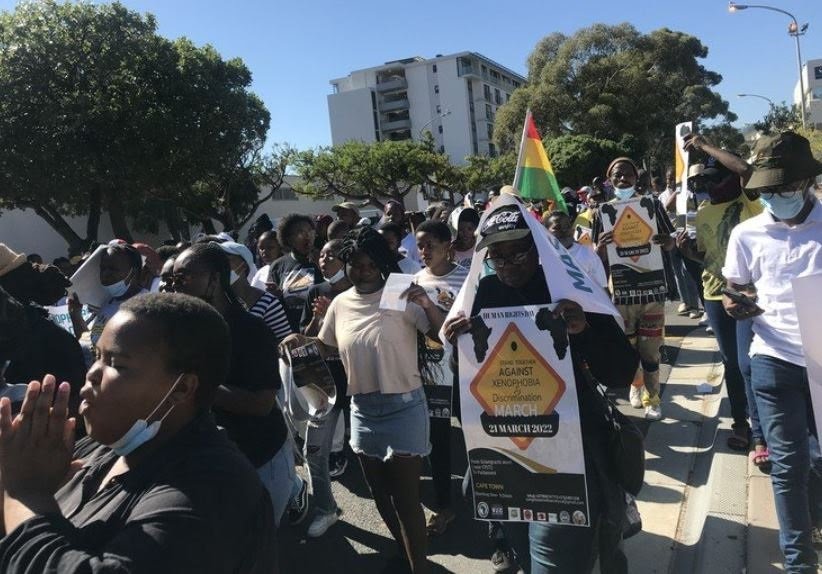 Activist Nandi Vanqa-Mgijima said “When the South African government is faced with failure, it diverts attention to immigrants, so that we start to fight our brothers who are also facing the same social-economic ills,”

Vanqa–Mgijima joined about a hundred people, who paraded the streets of Cape Town’s city center to the Parliament to commemorate Human Rights Day and to beg the government to actively intervene in ongoing xenophobic attacks and campaigns across the country

In a memo addressed to the ANC, the marchers asked for the sudden arrest and prosecution of leaders and participants in campaigns using threats and violence against foreign nationals.

They also requested an assessment of the actions by people under the banner of Operation Dudula and losses experienced by informal traders during these recent actions in Johannesburg.

The march was organized by the Concerned Citizens of the Western Cape. According to its memo presented, it is endorsed by 15 organizations, which include the Congolese Civil Society of South Africa, United Family (UniFam), Manenberg Safety Forum, and the Ubuntu Rural Women and Youth Movement and Sisterhood Movement among others.

After an hour of waiting for politicians to come out, the group finally handed its memo to Ronwhn Peterson who is a Senior Parliament’s protection officer. The Officials were given seven days to respond.

A protester, from Kivu in the DRC, said she was separated from her family when she fled the war in 2009. 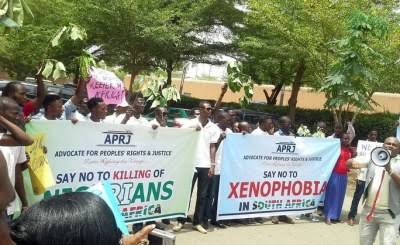 She said “I remember returning from school to a chaotic situation and following people coming to South Africa. I applied for asylum and got rejected. My case is on appeal,”

Kivu added that “How can South Africans discriminate against black people? The government doesn’t care about refugees at all,”

“Murdering a fellow African will not get you a good health system, jobs, and education. Since the year 2008, when xenophobia started, thousands are still unemployed and homeless. Violence is never the answer. We all desire decent employment and houses. We want Home Affairs to be functional so that we do not have undocumented immigrants.”

Wendy Parker, of the Ubuntu Rural Women and Youth Movement, said “farmworkers in Robertson and Ceres were presently fighting over jobs they claim are being given to foreign nationals, some of whom are undocumented.”

In a statement, she said, “Home Affairs must get its house in order. People got arrested because they delayed issuing documents.”

The joint movement called for the unexpected reopening of the Refugee Reception Centers.

Poker said this would allow Home Affairs to issue and process documents for asylum seekers and refugees.

Share
Facebook
Twitter
Pinterest
WhatsApp
Previous articleAfricans Launch Global Campaigns to tell their own History and Stories, calling for change in Narratives.
Next articleU.S sanctions Belgian Gold trader Alain Goetz for contributing to the conflicts in the Democratic Republic of Congo