A large number of Senegalese citizens gathered on Tuesday for the inauguration of the new 50,000-seater stadium; aimed at making Senegal’s go-to venue for international events.

The stadium is located in Diamniadio, a town being built about 30 kilometers (20 miles) from the capital Dakar. During the inauguration ceremony, The president said; “This beautiful infrastructure is for dedicated young people to see it as an invitation to continue our path towards excellence.”

The multi-purpose stadium will join the likes of Leopard Sengor stadium which has been undergoing renovations.

The newly inaugurated stadium will be the only one in Senegal certified for international football.

Rwandan President was the guest of honor among other regional leaders. Also, several heads of state took part in the inauguration ceremony.

The stadium was named in honor of former president Abdoulaye Wade. 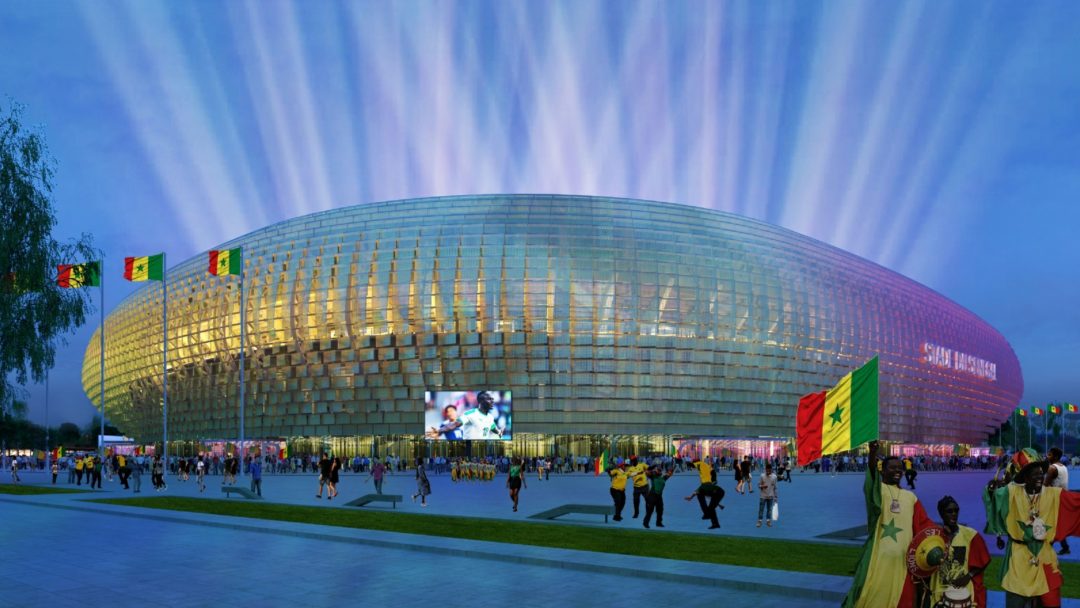 Current President of Senegal; Macky Sall said that the naming was a “tribute to the multi-dimensional, intellectual, pan-Africanist politician”.

The General Manager of the public infrastructure management Company, Galo Bâ stated that “This stadium fills a gap in the infrastructure of international level, Senegal was struggling to organize major competitions because the Léopold Sédar Senghor stadium is being renovated.”

First matches scheduled to be played in the stadium

The opening ceremony on Tuesday will host an African legend team against the Senegalese legends in the exhibition match, The stadium will also host Senegal vs Egypt match in the World Cup prequalification in what many may have termed as a revenge mission.

Galo Bâ also said in an interview that “In March, the Senegal/Egypt match (World Cup playoffs) is scheduled. All kinds of international competitions can be hosted in Senegal and the first match we will host will probably be the match between Senegal and Egypt.”

The stadium will have a capacity of 50,000 and will be able to host other games like football, athletics, and rugby.

Want to stay up to date with the latest African trends?

Dominica's government is committed to transforming the country's housing and urban development sectors. As a result, housing programs...
Africa

The case of Peter Nielsen, a Danish man, was deliberated upon and judgment was passed at the Lagos...
Africa

The Caribbean has been experiencing several earthquakes within the last few days. According to reports, the latest earthquake recently...
Africa

Krio, a Sierra Leonean language, has joined several languages from different parts of the world to make its...

I love Africa is a Global African and diaspora platform that was born by the inspiration of our love for Africa, to promote Black people globally, African Culture, Enlighten and Entertain. To be a guide to those seeking to learn about Africa and the African Diaspora nations.

Dominica's government is committed to transforming the country's housing...

The case of Peter Nielsen, a Danish man, was...

The Caribbean has been experiencing several earthquakes within the...

Okey Bakassi, a Nigerian actor and comedian, has expressed...