The state of Minnesota Celebrates Annual Wizkid Day, In Celebration of Singer’s Achievements 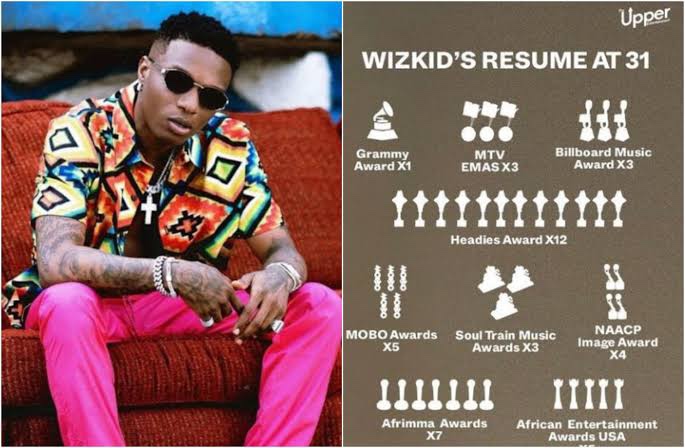 Every year, on October 6, the State of Minnesota celebrates its annual Wizkid Day. The celebrations began 4 years ago, when the governor declared October 6th as the city’s Wizkid Day every year.

In the sealed and stamped document announcing the day, the governor mentioned that the recognition is a tribute to Wizkid’s achievements in music and his role as a cultural influencer.

The honor came after Wizkid became the first African artist to sell out the Skyway Theater Minneapolis in 2019.

Since receiving recognition, Wizkid has continued to achieve numerous achievements, including topping the Billboard Hot 100, selling out the 02 Arena for three consecutive nights, earning a Grammy and a platinum plate from the RIAA.

The state of Minnesota is a region in the upper midwest of the United States. It is the 12th largest US state in the region and the 22nd most populous.

The singer whose full name is Ayodeji Ibrahim Balogun, may have missed a shot at his second and first Solo Grammy Awards for Angelique Kidjo of the Republic of Benin last week due to the rule of the game.

Everyone expected the “Essence” singer to come out on top based on the numbers his latest album “Made in Lagos” racked up, but that game isn’t played by numbers, because by numbers Wizkid shines ahead of others to sit on the ladder. african.

The events leading up to Grammy night made Wizkid look too good. When the Artist Museum released its list of the top ten most awarded male artists in the world for the 2020s, the “Fever” crooner was the only African artist on the list, which included artists like BTS with 407 awards; Justin Bieber with 174 awards; The weekend of 155 awards; Ed Sheeran with 147 awards; Kanye West with 100 awards; and Wizkid at #10 with 55 awards. The only African artist to make the list.