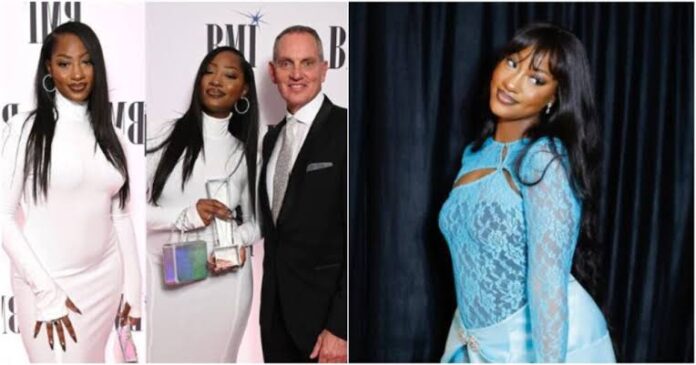 The singer was recognized for her innovative artistry, creative vision and influence on the future of music.

To top it off, BMLondon welcomed Tems and expressed interest in seeing what her next achievement would be.

Recall that Tems opened up about her life before fame and how she had to steal food to survive. According to Tems, life was not easy for her and her mother as they went through difficult times, one of which was when her mother was attacked by someone who broke into her home and threatened her with a knife.

Also, read; 10 Traditional Madagascar Food You Should Try Having Next

She also mentioned that at one point in her difficult life, she quit her job and asked her mother’s permission to venture into music, which completely changed her life.

The singer-songwriter has had a string of hits in recent months, showcasing her star power and the waves her music has been making on the global music charts.

This year, Tems was revealed as one of many songwriters who contributed to legendary American singer Beyoncé’s seventh studio album Renaissance.

This year, Tems became the first Nigerian artist to accept the BET award for Best International Artist at this year’s awards ceremony. The singer also received the Best Collaboration award on behalf of fellow member Wizkid for her remix of “Essence” with Canadian pop star Justin Bieber.

According to some musical analysts, Tems is likely to secure another spot on the Billboard Hot 100 as Beyoncé’s long-awaited music project hits the scene.