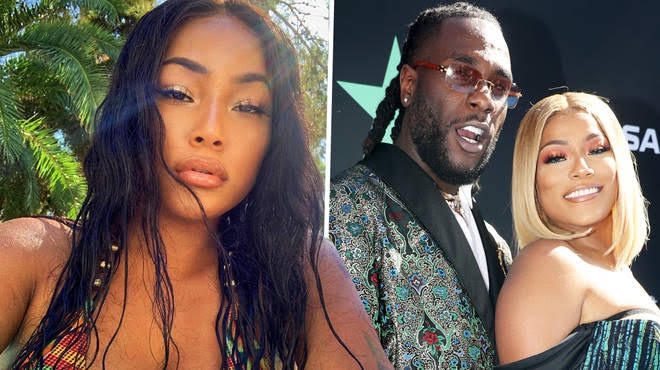 Stefflon Don spilled the tea and has finally let us know about her split from Burna Boy in an interview, where she revealed quite a lot of interesting details about their famed relationship.

British rapper and Burna Boy’s ex-girlfriend, Stefflon Don opened up about her split from the singer in an interview with media personality TT Torrez on New York’s Hot 97 radio station.

Don spoke about ending their 2 years long relationship after being pointedly asked by Torrez who said, “So we all know your last boyfriend Burna Boy, you guys aren’t together anymore, what happened?” To which Don replied that they had been together for two and a half years, but had to break up.

Torrez then asked if she thinks the Afrobeat singer’s hit song, “Last Last” was about her. Don, in turn, asked what she was thinking, then responded to the media personality, who said she believed the song to be about Don, saying her hunch was correct.

According to Stefflon Don, Burna Boy said something in the song that was wrong or perhaps, simply not true. She then proceeded to reveal that she remains indifferent to the song.

Burna Boy and Stefflon Don were publicly dating for two and a half years from 2019 to late 2021 or later, often referring to each other as spouses in interviews.

The reasons for the split remain unknown to the public as this is the first time that Don has spoken openly about the split.

However, there were rumors of Burna Boy’s infidelity and also a tweet after Don’s split saying that people are not always who they seem and sometimes they trade money and fame for what many believe to be “good relationships.”