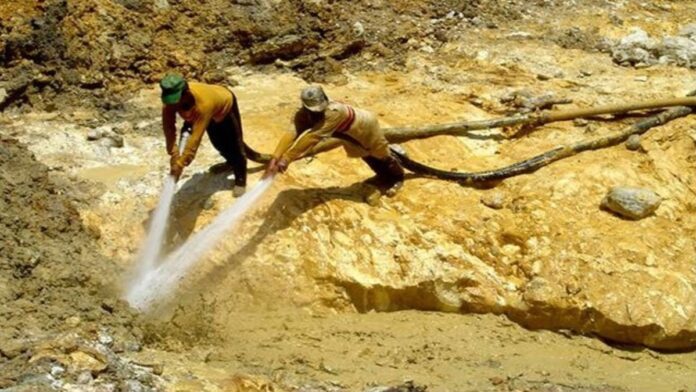 According to the government, revenues from the mining sector in Suriname grew by more than 100 percent in the first quarter of this year, partially due to the payment of increased royalties in the small-scale gold sector.

Mining income climbed by 126 percent in the first quarter of this year compared to the same period last year; from SRD 677.1 million (US $0.04 cents) last year to SRD 1,529.1 million in 2022, according to Finance and Planning Minister Armand Achaibersing.

Achaibersing stated that; Negotiations had happened earlier in this regard. He added that major mining companies showed their willingness in making monthly deposits; rather than annual ones. “The small-scale gold companies have applied the increased rate of 4.5 percent in 2022 when paying their royalties,” he added.

Due to the state’s severe financial situation; the big mining corporations have demonstrated a desire to meet their responsibilities in order to support the state treasury; according to Achaibersing.

He said resources were made available after agreements with Staatsolie, Newmont, and Rosebel Goldmines, including a $10 million solidarity contribution, income tax prepayments, and monthly dividend payments from Staatsolie.

Newmont and Rosebel Goldmines have transferred $20 million in financial help, he said. Newmont’s payment has been designated as a “gift,” while Rosebel Goldmines’ will be eligible for a tax credit in 2022.

Furthermore, in connection with offshore activities; Staatsolie has deposited a bonus of US $12.7 million.

According to the minister, the mining sector produced more than 47% of total government revenue in 2021; making it critical to manage public finances by cutting wasteful and dubious spending.

He explained that, as the custodian of all state money, the Ministry of Finance and Planning guarantees that the budget is implemented in accordance with the authorized budget and that budget discipline is maintained.

All line ministries, sub-states, and state-owned firms have been issued instructions stating that they must substantiate ex-post that the monies were used efficiently.