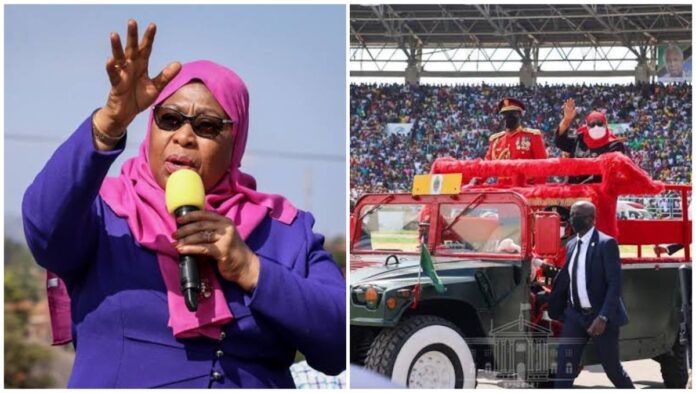 The 61st Independence Day event would cost $445,000, money that would be used to build eight dormitories in elementary schools across the country.

Tanzania’s Minister of State George Simbashaween said on Monday that the money had been paid out.

He said instead of holding parades and other national ceremonies, the East African country will celebrate Independence Day by holding public dialogues on development.

“The debates and conferences are preceded by different schedules for district and district leaders to develop social activities in various areas, including cleaning hospitals, schools, retirement homes and special needs groups,” he said.

Typically, Independence Day celebrations are marked by pageantry and state banquets. However, this is not the first time Tanzania has canceled the celebrations.

In 2015, then-President John Magufuli canceled the celebrations and diverted funds to build a road in the commercial capital of Dar es Salaam.

In 2020, he followed suit and ordered the budget to be used to purchase medical facilities. Current President Hassan is Tanzania’s first female head of state.

She had already garnered attention by ordering pot-bellied police officers to lose weight in order to be more effective on the job.

Before rising to higher positions, she worked as a development officer for the Zanzibar government. She was also a project manager for the United Nations World Food Program and then executive director of an organization that manages NGOs in Zanzibar.

She also previously served as Minister of Labor for Youth, Women and Children and advocated encouraging Tanzanian women and girls to pursue their dreams.