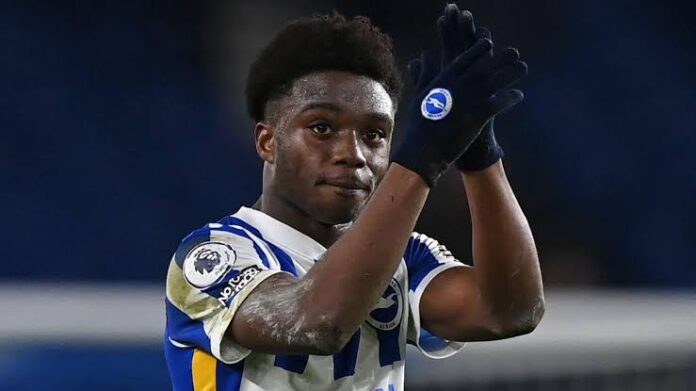 Tariq Lamptey has switched international allegiance from England to Ghana ahead of the 2022 World Cup later this year.

The Brighton and Hove Albion right-back has represented England at the youth level, winning 20 appearances for the Three Lions across various age groups.

However, he is among several players signing up to play for Ghana with the World Cup fast approaching.

Lamptey recently withdrew from the England under-21 squad after being approached by Ghana and became one of five players to qualify for the country ahead of this year’s tournament. Currently, he qualifies to play in the Black Stars through his parents.

The other big name from Ghana is Athletic Club forward Inaki Williams, who played once for Spain, where he represented them in the youth ranks and also represented the Basque Country twice.

However, like Lamptey, he has signed up to play for Ghana, and with the announcement coming just four months before the World Cup kicks off, he could find himself in contention to play in this year’s competition.

Ghana find themselves in Group H of the competition in Qatar this winter, a group that puts them alongside Portugal, Uruguay and South Korea, one of the toughest groups in the competition role.

They begin competition in Doha on 24 November against European team Portugal, who won the European Championship in 2016. They then face South Korea on 28 November at Al Rayyan before completing their group campaign on 2 December against the Uruguay.

Lamptey’s route for minutes in England will have been blocked by the sheer quality of the right-backs at Gareth Southgate’s disposal. Liverpool’s Trent Alexander-Arnold, Manchester City’s Kyle Walker, Newcastle United’s Kieran Trippier are currently top choices.