The fascinating culture of the South African traditional marriage ceremony. 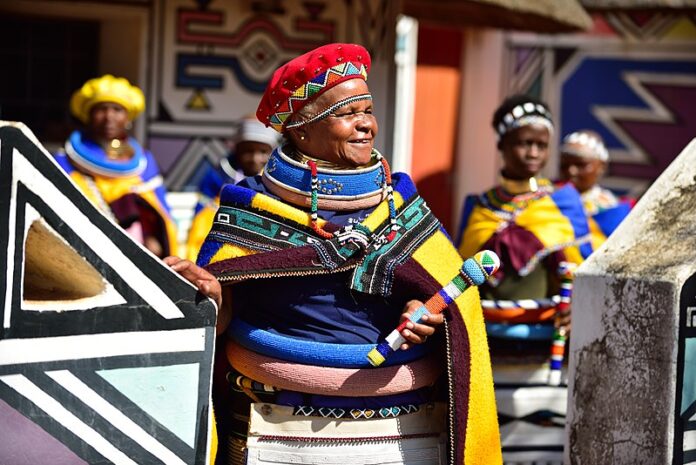 On being on the right side of the law

Legally, The Roman-Dutch law which is present in South Africa guides a marriage conducted according to state laws. Such a marriage is monogamous and carried out even amongst same sex couples.

In 1998, South African law recognized polygynous marriages. This is conducted under African customary law. In South Africa, marital rape was outlawed in 1993. This meant that South African men could no longer find protection with the law if they raped their wives. In addition, blood relatives are not allowed to marry one another according to customary law.

Three ways to conduct a marriage in South Africa

In South Africa, there are three different ways that you can conduct a marriage.

There is the Marriage Act where you can have a civil or religious ceremony between a man and a woman.

There is the Recognition of the Customary marriage. You were allowed to register for the marriage under African customary law. Some communities support a polygynous marriage.

Polygyny is a more specific term for a situation where a man is married to more than one wife. A valid marriage is one in which both parties are older than 18 years.

The fun part of a South African traditional marriage

For the fun part of a South African marriage, we take our lessons from the women of the Ndebele tribe.

They pride themselves as the ones destined to preserve the tradition of their villages and are very thorough in following all the intricate details that the bride and the groom should carry out. 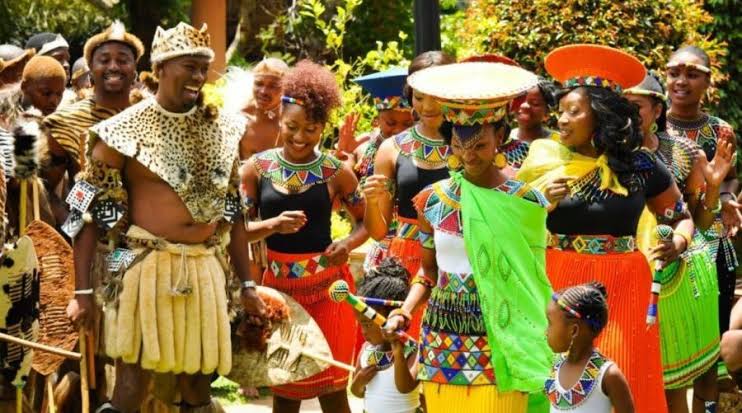 The Ndebele people find their origins in the Nguni tribe. They are one of the four major ethnic groups amongst the South Africans who are black. Zimbabweans also speak the same language as the Ndebele people. Locally, they live in Gauteng, Mpumalanga or Limpopo, in South Africa.

Precious Art of the Ndebele women of South Africa

The women and their daughters value greatly their mural paintings. It is known in South Africa as Ukugwala and consists of multicoloured drawings on the outer walls, inner courtyard and house walls using acrylic paint. The mother passes on this skill to their daughters by tradition. They do not use squares or rulers.

The best designs are saved for the front of the house. They use animated symbols and expressions that show their wishes for the couple via the art that displays personal prayers, self-identification, love, values and thoughts.

When a Ndebele woman becomes married, she wears brighter fashion accessories and clothing. Her extravagant clothing reflects the change in her status in the community. She adorns her feet, neck and arms with brass rings. They are called idzila and is a symbol of her faithfulness to her husband. Some say that the rings are charmed. No one knows how true.

World Influence of the Ndebele Designs

Christian Louboutin, the famous designer of the red-bottomed shoes designed a pair of stilettos that utilized motifs of Ndebele culture. BMW commissioned South African and world-renowned Esther Mahlangu to do some work for her. In 1991 she painted the Ndebele designs on a BMW525i using the traditional style of the Ndebele mural works. 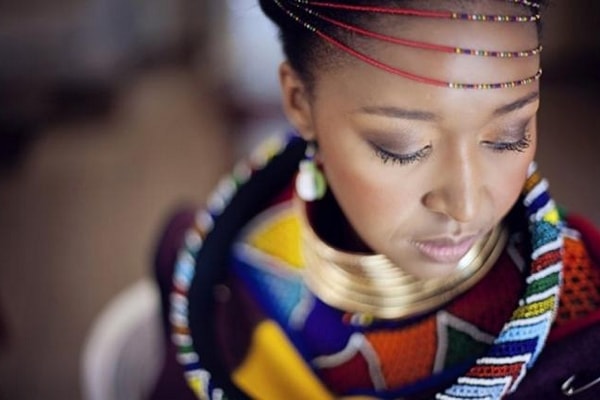 Marriage is serious business when you come from the Ndebele tribe in South Africa.

There are three stages and can take several years to conclude.

It all starts with the negotiations between the family of the bride and groom.

This is paid in instalments with money and livestock. The second stage is the two weeks separation from your groom and mentoring by women whose sole purpose is to coach the bride on the art of being a good wife.

The third stage is only done when the bride has delivered the first baby.

In South Africa, the groom writes a letter to the family of the bride, requesting a date for the Labola. The Labola is a ceremony that is held to arrive at a bride price. There is room for negotiation between both families.

The preparation process includes the writing of the guest list, the mailing of invites and this is done two weeks before the wedding.

Mielie pap, meat, salads, sweets and cakes, the traditional food of the Ndebele tribe is prepared along with other meals.

The mother of the groom makes a locolo. All the married women are clothed in a locolo for the ceremony. It is made of goatskin and decorated with bright colourful beads.

Family members bear witness to the exchange of rings and declaring of their vows in a designated location. Then the couple changes into traditional outfits and returns to the home of the bride for a reception. Then there is the jolly eating of food and the collection of gifts for the couple.

When the marriage is one from the Zulu tribe, it happens in the home of the groom.

The bride leaves her home in the wee hours of the morning covered in a blanket. She cannot look back as it is bad luck to look back.

They are also required to slaughter a cow in a welcome ceremony for the bride. She wears traditional clothing consisting of soft leather aprons, a headdress and a beaded necklace. The groom is adorned in lion’s skin.

Both families exchange gifts and participate in a dance-off.