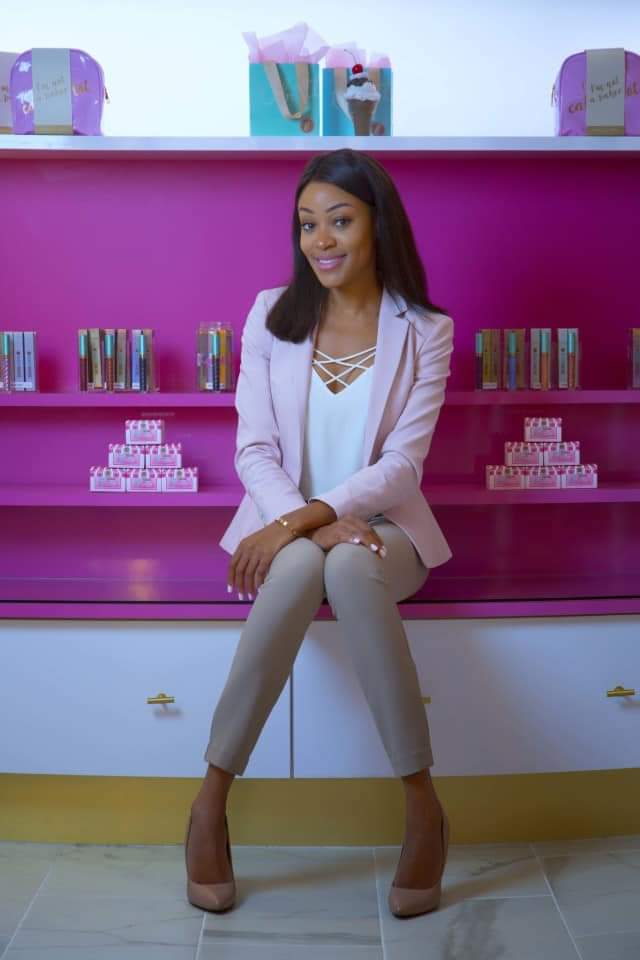 Cashmere Nicole’s story is a perfect example of what hard work, determination and consistency can do. From a one time single parent and cancer survivor who would depend on food stamps Nicole has managed to build one of the strongest brands in the cosmetic industry.

Despite getting pregnant at 16 and having to put herself to college to study medicine, today, Nicole runs a cosmetic business worth over $5 million. Nicole started her brand Beauty Bakerie in 2012 from savings she had made from her nursing job.

Luck was however not in her side as one year after starting her makeup business she was diagnosed with breast cancer. Unlike what many would do, Nicole refused to let the cancer monster kill her dreams. She agreed to undergo surgery which by God’s grace turned out successful.

After her recovery in 2014, Cashmere Nicole committed to making her brand successful. Moving forward she invested in vegan, cruelty-free and non-toxic products that wouldn’t harm people’s health. “I wanted a product that was long-lasting and wouldn’t smudge off while I’m eating,” she noted.

It’s safe to say that the breakthrough of Cashmere Nicole’s business came after her encounter with breast cancer. Upon getting back on her feet Nicole started a crowdfunding campaign called “Broken Boobs” on Indigogo to promote her business. At the same time she used the platform to inform the world about her fight with breast cancer.

This brought her to the limelight with celebs like Beyoncé featuring her brand, Beauty Bakerie on her website, Beyonce.com. Within three years her business had started growing and in 2015 Nicole expanded her product line to unimaginable heights.

In 2017 her business went a notch higher after Unilever invested in it in a $3 million seed round. Today, Beauty Bakerie is one of the most promising brands in the cosmetic industry.