Afrobeats Legend, Fela Kuti honoured with blue plaque on the house he lived in London 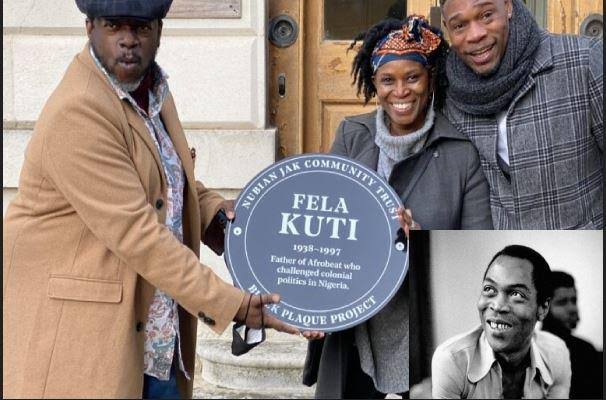 Nigeria’s legendary Musician, Fela Kuti has been honoured with a blue plaque in Shepherd’s Bush – London. This honor comes at the backdrop of his recognition by Jay Z; who featured his sound track in his popular Netflix movie, “The harder they fall.”

The plaque was installed on a house the legend once lived in, with address, 12 Stanlake Road residence at Shepherd’s Bush. The inscription on the plaque reads; “Fela Anikulapo Kuti (1938-1997), Singer, multi-instrumentalist, composer and Nigerian activist. Lived in this house as a student in 1958.” 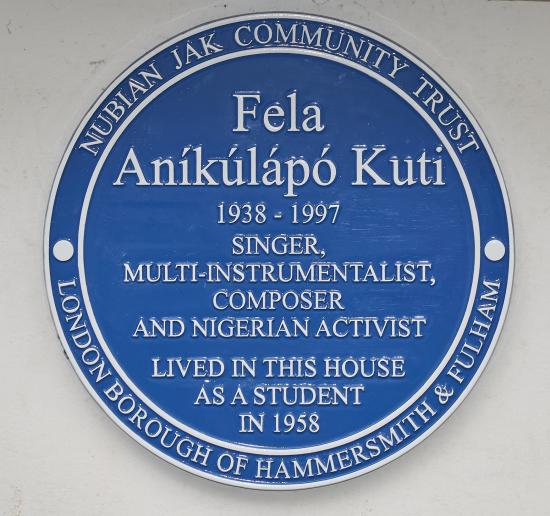 In 1958, Fela arrived London from Nigeria to study medicine. But he decided to study music instead at the Trinity College of Music.

The rest is history.

According to pmnews, Fela has now joined other notable music artists who have been so honoured with the blue plaque by English Heritage.

Bob Marley, one of the most influential musicians of the 20th century, like Fela; had also been honoured with a blue plaque on the house where he and The Wailers finished recording their iconic album Exodus.

London’s famous blue plaques link the people of the past with the buildings of the present; according to the information on the website of English Heritage.

Now run by English Heritage, the London blue plaques scheme was started in 1866 and is thought to be the oldest of its kind in the world.