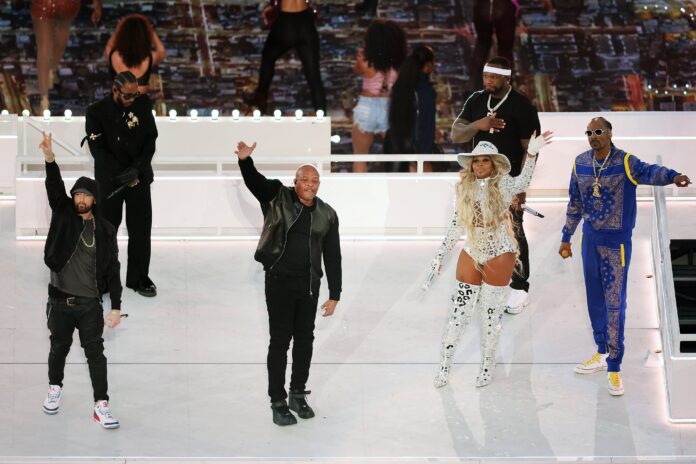 The Pepsi Super bowl has come and gone, but it left a memorable and remarkable black excellence performance during the half-time show.

Old school hip-hop stars showed that they were still in control of the Hip-hop game on Sunday night at the Pepsi Super Bowl.

The performance included an all stars  cast of legendary Hip-Hop producer Dr. Dre; Along side the Hip-Hop Icon, Snoop Dogg with the most revolutionary voice of Hip-Hop; Kendrick Lamar and  Dre’s mentee Eminem. The stage was also graced by the Queen of R&B hip-hop Mary J. Blige. 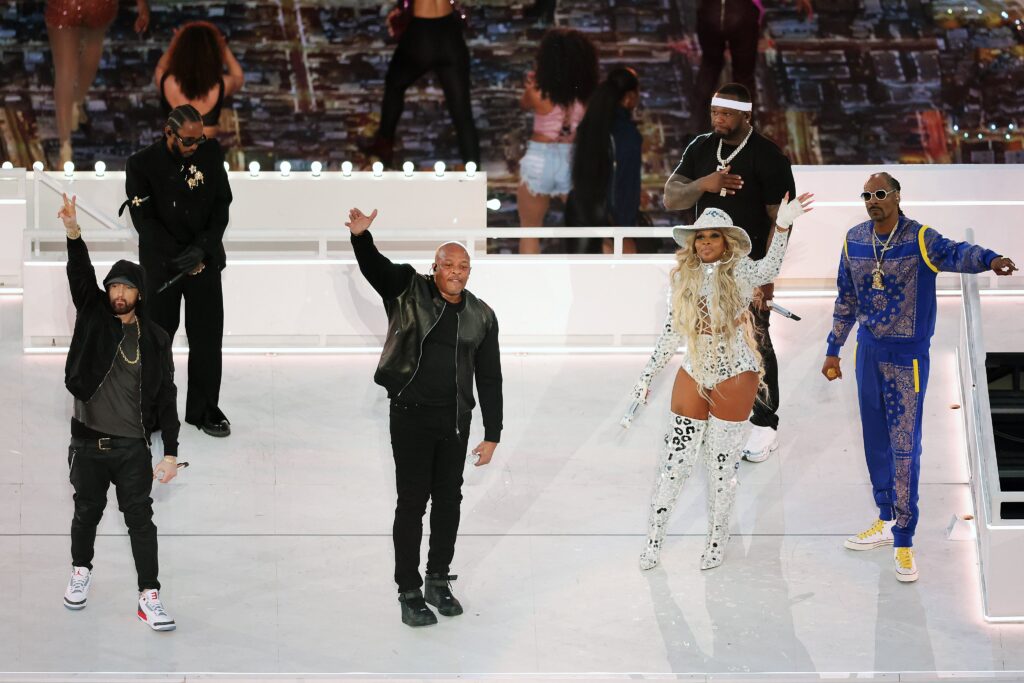 The show marked the first time black hip-hop artists were the main performers of the Superbowl half-time show.

It was a combination of Hip-hop artiste in which everyone can be argued to be the greatest of his or her time.

The game was played at SoFi Stadium in Los Angeles. Snoop and Dre kicked it all off with “The Next Episode” and got everybody in a “California Love” mood.

50 Cent showed up to perform the all-time favorite birthday anthem “In Da Club.” 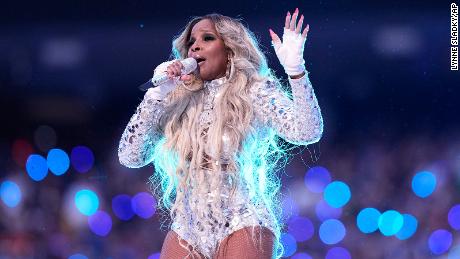 Then the Queen, Mary J. Blige graced the stage with her emotional hits; “No More Drama” and “Family Affair”

She was followed by Pulitzer Prize winner Lamar; surrounded by dancers dressed in black and wearing “Dre Day” sashes. 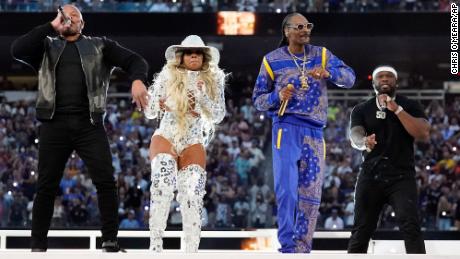 Eminem took a knee during his Super Bowl half-time performance.

Eminem  was up next with “Lose Yourself,” Accompanied by a band with Anderson Paak on drums which caused the crowd to lose it.

Eminem ended the song and took a knee; a gesture made famous by former NFL quarterback Colin Kaepernick as an act of protest against police brutality and racial discrimination. 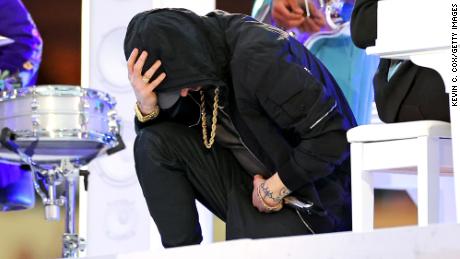 The kneeling gesture became a subject of controversy when former NFL quarterback Colin Kaepernick first used it as an act of protest against police brutality and racial discrimination.

Former quarterback for the San Francisco 49ers; Colin Kaepernick was heavily criticized for starting this form of protest during the national anthem at a 2016 pre-season game.

Ever since then, athletes from all levels of sports have knelt during the national anthem in solidarity with Kaepernick and his message.

Eminem has always had history of supporting Kaepernick’s efforts. In 2017, during the BET Hip Hop Awards, he performed an explosive 4.5-minute freestyle rap, calling out former President Donald Trump and embracing Kaepernick and his message on racism and police brutality.

Eminem also included Kaepernick in the lyrics of his 2017 song “Untouchable,” where he rapped: “Somebody has to be the sacrificial lamb. So they call it a Kaepernick tantrum …

If you don’t stand for the national anthem … We raise it, you better praise it.”

Some players featured in the Superbowl are of first generation African decent such as Chidobe Awuzie, Ogbonnia Okoronkwo and Uzomah amongst others.